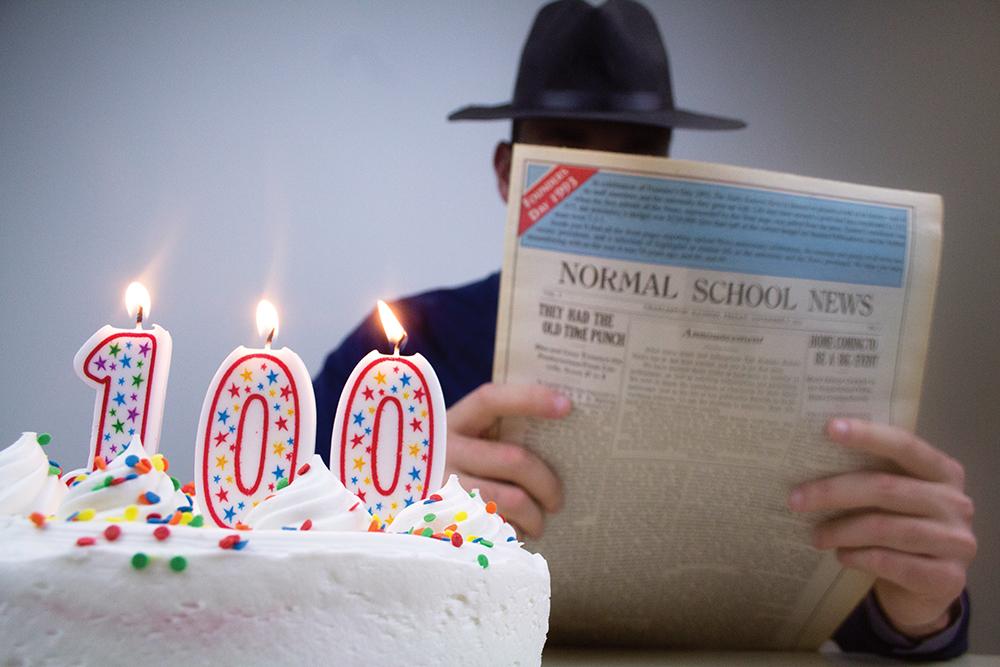 As an Army Air Corps soldier in the final years of World War II, Robert Sterling was in charge of closing down military bases and found that reading and writing helped to pass the time.

“First of all, the service is very boring, and so I loved to read,” he said. “I read a lot of books during that time.”

He once had the responsibility of closing down a library, which gave him access to any book he wanted; the only one he kept, though, was a dictionary.

This affinity for the written word was part of what inspired Sterling’s interest in journalism.

In 1950, Sterling was co-editor of the Eastern State News, a predecessor to The Daily Eastern News.

“I was the editor with Harry Read,” he said. “We were good friends, so we agreed then if Dr. (Francis) Palmer, who was the adviser at the time, wanted one of us, then he’d have to have both of us.”

Sterling attended Eastern from 1946 to 1951, during which time he majored in social science and minored in journalism.

“Just as soon as I got out of the service, then I enrolled here at Eastern,” Sterling said. “I knew I wasn’t going to be a farmer like my dad.”

While he received a monthly stipend from the government for being a veteran, Sterling also earned extra money by covering local auto races for National Speed Sport News.

He attended races an average of five nights per week while at Eastern and had been writing racing stories since he was 15.

After several years of teaching in Charleston High School and at schools in Kankakee and Oak Lawn, Sterling eventually spent more than 40 years teaching in the history department at Eastern.

Grant Sterling, an Eastern philosophy professor and son of Robert Sterling, said for a while his father was still reporting for the auto racing publication and teaching full time.

“He had to be one of the most popular teachers here when he was working,” Grant Sterling said.

Grant Sterling said the first time he saw a fax machine was when his father would fax articles into National Speed Sport News.

“He did everything you can just about imagine other than actually being the announcer on TV,” Grant Sterling said.

The distinct scent of aging paper emerges from Sterling’s bound, blue leather portfolio as he browses his old clips.

Reflecting on his adviser’s comments penciled next to each article glued onto the pages, Sterling points to criticisms of a column he had written about a racetrack in Indianapolis.

Sterling also pointed to positive comments on one of the columns in his “Round and Round” series for the Eastern State News.

“Your use of many names in your column is praiseworthy,” Sterling read.

Sterling said “Round and Round” was popular because it put students’ names in the paper.

He estimated that about 1,500 students attended the university at the time, most of whom were from the Charleston area.

“I could name, say, 10 or 15 students in one of these columns, and they would know one another, and the people who read the column would be able to identify them too,” Sterling said.

He said he does not recall any news coverage from his time that significantly stirred things up on campus.

“It was very calm,” Sterling said. “I think the timing had a lot to do with it. (It was) the 1940s; the war was over, and so controversies were not very common at the time.”

How the Editors Edit

A typical issue of the Eastern State News contained anywhere from 40 to 80 stories, all of which were either assigned by the adviser during a journalism class or brought up by reporters who were interested enough in specific subjects to write about them.

Once per week, designated editors would go to the courthouse where the printer was located to put out the paper.

Aside from big news stories designated to the front page, the publisher usually arranged stories in the paper based on how they fit.

“Well, the editing stands out because it was a bore,” Sterling said. “We’d go downtown, and the editor would give us a bunch of papers to read and we had to read this and make comments and that sort of thing, so I didn’t care much for that aspect of it.”

Sterling said the editors did not have a newsroom on campus, and they did not meet much except at the courthouse on printing days.

“We would meet once in a while at Ike’s across the street at the bar,” he said.

He said the journalism class was what helped to keep the paper organized, as the instructor would offer ideas about what should go into the next issue.

Back then, it was tradition for the editor of the newspaper to dance with the queen at the annual Homecoming dance.

The co-editors flipped a coin to determine who would crown the Homecoming queen and who would dance with her.

Having lost the coin toss, Sterling’s co-editor Harry Read decided he would rather place the crown while Sterling danced with the queen.

“The only thing was that I didn’t know how to dance,” Sterling said.

To prepare for the occasion, Sterling traveled to Paris, Ill., to take dance lessons.

Looking back at a 1950 edition of the Warbler Yearbook, Sterling noted the attire of students in the photos of the Homecoming dance.

“Just look at these people; they’re all in formal outfits,” he said. “You can’t find a single one that doesn’t have a dark colored suit or the ladies with all of their fine dresses.”

Sterling’s fond memories extend beyond his time on the paper, however.

He also recalls attending classes with the famous Napoleon, a golden retriever who made himself at home wandering Eastern’s campus.

“I used to (say) Napoleon is going to go to Dr. Jones’ class. Why is that? Because Jones is such a bore, Napoleon can go to sleep in there,” Sterling said. “He wouldn’t go to a classroom where there was a lot of activity or action going on; he wouldn’t go to those because he’d like to sleep. There were students with the same look; they would go to Jones’ class and fall asleep.”

Roberto Hodge contributed to this article. 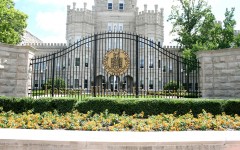 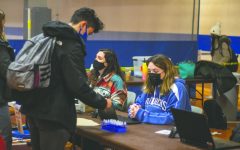 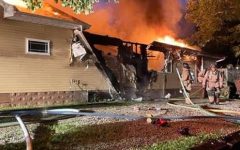 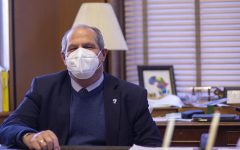 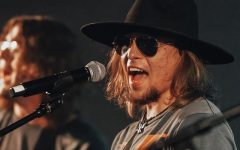