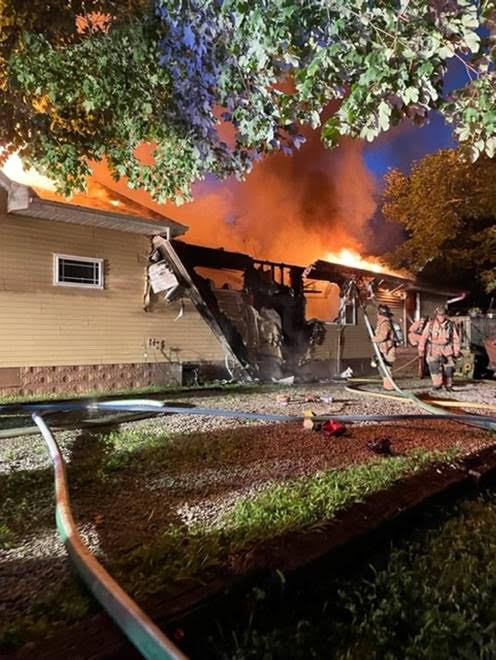 The Charleston Fire Department responded to a structure fire at 4:30 a.m. on Sunday.

A Charleston family was displaced over the weekend due to a house fire.

The American Red Cross is assisting the family of two adults and three children.

The Charleston Fire Department was dispatched at 4:30 a.m. on Sunday to 631 14th St. for a structure fire report.

Upon arriving, flames were coming out of the roof, so crews fought the fire from the structure’s exterior. Crews were on-scene until around 9 a.m.

The department said the fire appeared to have started on the home’s exterior, with the home sustaining major damage. The fire is still under investigation.