Letter from the Editor: ‘All in’ should mean all 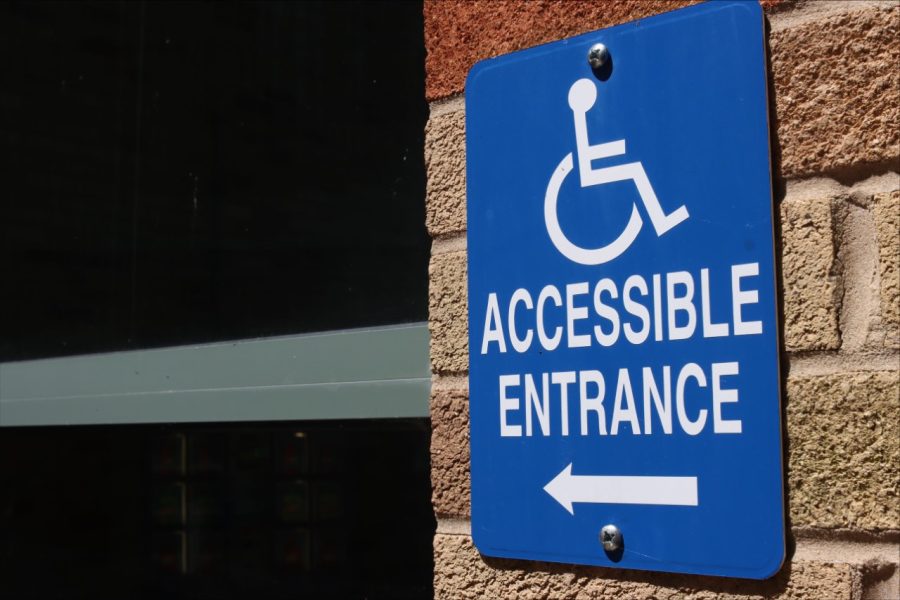 Editors Note: This letter from the editor was originally published as an editorial earlier Tuesday evening. An explanation was posted on Facebook. This editorial has also been edited.

“We’re all in for you” is plastered as Eastern’s slogan, branded on promotional material, social media – and even on drawstring bags given to orientation students when they first come to campus.

Fall enrollment numbers for the past five years show that Eastern has had an average of 4,958 on-campus students per year. Of those students, around 300 are documented through Disability Services, making up around 6 percent of the on-campus student population.

If “all in” means all, it should imply these students are included, right?

The director of Eastern’s disability services said the department doesn’t routinely inspect campus to ensure those with mobility disabilities have full access.

It is hard for me to believe Eastern can say it is “all in,” if the Disability Services isn’t doing the bare minimum for the 41 or so on-campus students with mobility disabilities.

At least 41 miles north of Eastern, the University of Illinois Urbana-Champaign is ranked as the second-best campus in the nation for students with physical disabilities.

Compared to Eastern, this school has more than 10 times the student population but still manages to make campus accessible.

At the University of California Berkely, all of the faculty buildings are accessible to wheelchair users. There is also a wheelchair repair service on campus where students can receive maintenance when needed.

Ci Richardson, a senior music education major, who primarily uses a wheelchair and cane for mobility came to the News voicing their concerns about disability accessibility across campus.

Richardson knows they aren’t the first person to realize the accessibility problems on campus.

On Facebook, several commenters weighed their experiences on Eastern’s campus. One, for example, was hit in the face with a door and another was stuck twice in elevators, in Coleman and Buzzard. Some mentioned they have complained about campus-wide access.

Complaints should be submitted to the Office of Civil Rights and Diversity, describing the degree of the case. The office should subsequently investigate complaints by neutral fact-finders, allowing both sides to provide evidence.

The person who filed a complaint should then be interviewed to gather more information.

When the investigation should be completed, a confidential report should be forwarded to the appropriate vice president.

With the number of alleged complaints and people who say they have faced difficulties, there should be a more recognizable difference on campus.

It is not clear why people just don’t file, believing nothing ultimately would be done and that change is unattainable. Or whether people do make complaints without any university follow-up.

One thing a university should do, no matter the situation, is help its students.

Campus is home to students year-round. Imagine living in a place where it is a struggle to navigate and do everyday tasks such as going to class, eating lunch and hanging out with friends. If Eastern continues to brand itself as “all in,” it needs to do so with a caveat that campus isn’t accessible for non able-bodied individuals.