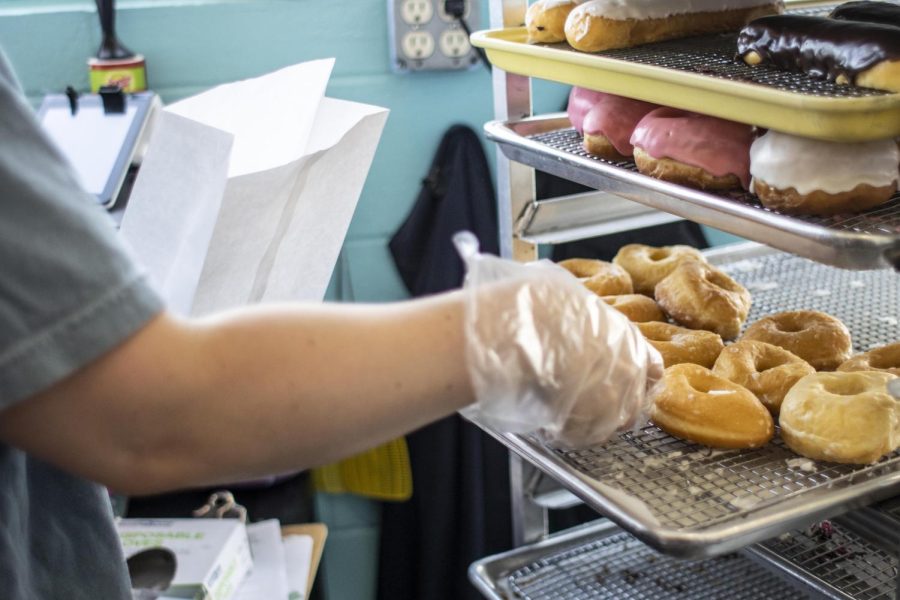 Skylar Vickery, a worker at Revival City Doughnuts, pulls out a track of glazed rings to fill an order Thursday morning. In anticipation of National Doughnut Day, Revival City will be offering a mass variety of doughnuts with the return of last year's celebration doughnut and the arrival of three new doughnuts.

In celebration of National Doughnut Day on Friday, Revival City Doughnuts will be making more than 1,600 doughnuts to distribute throughout the day.

Several new treats will premiere, as well as the return of the Big Papa which was featured for last National Doughnut Day.

The Sunny Day, a yellow frosted ring topped with rainbow sprinkles and an ice cream cone with pink buttercream.

The Fudge Judy, a chocolate ring with fudge and pink frosting and sprinkles.

The returning donut, the Big Papa has a pop tart inside a donut topped with sprinkles, around four by five inches.

Alongside the featured doughnuts, various different flavors will be offered as well as their popular glaze and maple squares.

Courtney Crowder, a worker who has been at Revival City since it began, said she encourages people to come out and eat some doughnuts.