At least a few thousand dollars to rename Douglas Hall 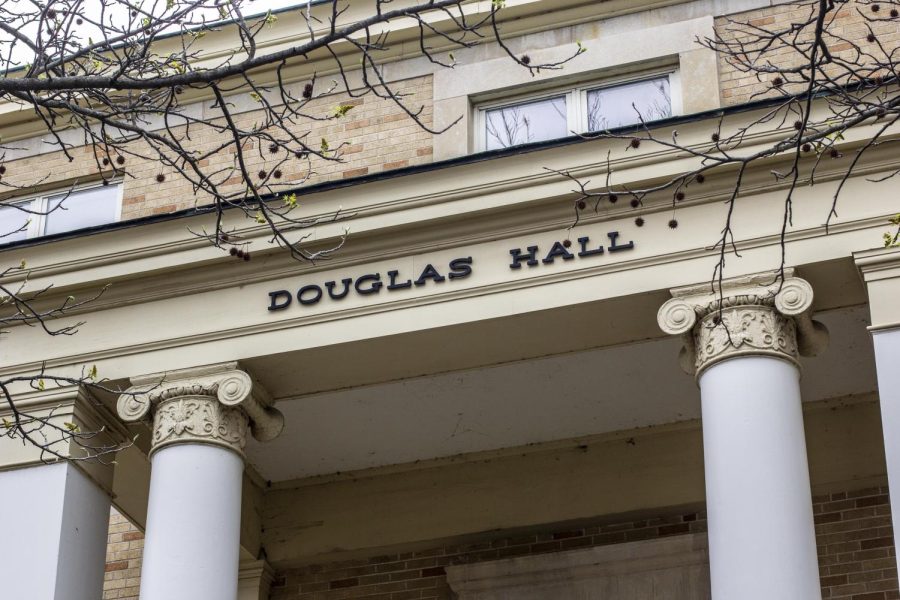 The renaming of Douglas Hall to Powell-Norton Hall was approved by the Board of Trustees during their meeting on April 22.

The total cost for renaming Douglas Hall to Powell-Norton Hall later this fall could cost a few thousand dollars, according to Mark Hudson, Eastern’s executive director of housing and dining.

Several factors could influence the final cost of the renaming.

He said Powell-Norton Hall is one of the longer residence hall names, so making it match the other dorms and having it properly displayed is important.

“Powell Norton has a longer name than Douglas, so then the places where it is out on those street signs, that directs people,” Hudson said. “I don’t really want to have it in a smaller font than the other buildings because I don’t want to make it look like lesser. So do we have to replace all those names on them so they all look like they’re the same? [It’s] things we’re working on.”

The Eastern website will be updated later this summer.

The monetary amount is just as important as the impact on students. To anticipate the name change, incoming students living in Powell-Norton will receive their assignment letters with a note saying “formerly Douglas Hall” so they have an easier time finding their dorm.

“It’s more of a matter of timing when we do it, and so we don’t cause confusion for the campus population,” Hudson said.

Rob Le Cates is a sophomore journalism major. He can be reached at 581-2812 or at [email protected]