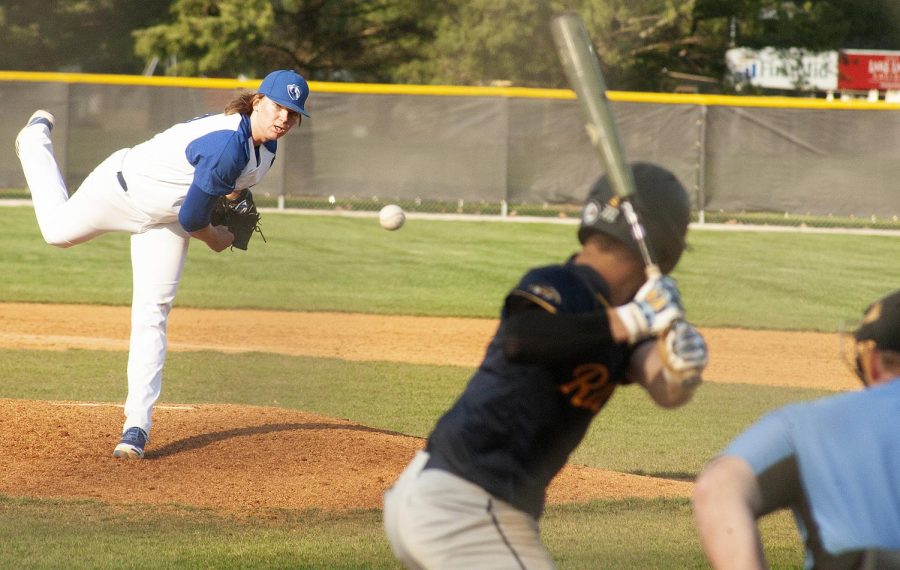 The Eastern baseball team was swept in a three-game weekend series by Murray State dropping them to 7-5 in conference play and third place in the OVC.

It was a perfect weekend for some homeruns for both the Panthers and the Racers to say the very least. In game three of the series, both teams combined for 17 homeruns, which ties an NCAA record for most homeruns hit in a single game.

Game one of the series spelled out how the rest of the weekend would go for Panthers. Despite losing game one 17-10, the Panthers had 10 runs on 15 hits. Starting pitcher Trevor Nicholson allowed a two-run homerun in the first inning to give the Racers a 2-0 advantage.

As for at the mound, Nicholson pitched three innings, allowing nine runs with two strikeouts. Sophomore right-hander Hayden Birdsong took over in the fifth inning, only allowing three hits, one run, one walk, and had a season-high nine strikeouts.

The Racers simply could not be stopped in game one as they went on to score 17 runs on 18 hits with six homeruns. Sophomore Parker Estes and graduate student Alex Crump led the Racers as they each had three hits and a home run.

Saturday afternoon had the Panthers and the Racers facing off in a doubleheader. Game one was another high scoring contest as the Panthers lost 15-9. Senior right-hander Cameron Doherty started at the mound for the Panthers and threw five innings, allowing eight runs, four earned runs, nine hits, and had eight strikeouts.

Ignoffo and Nathan Aide took control of things at the plate as Ignoffo had four hits, including a solo homerun and Aide had three hits along with three RBIs. The Racers had nine extra base hits including six doubles and three homeruns. Redshirt sophomore Jacob Pennington had two homeruns to go along with six RBIs.

Game two of the doubleheader helped the Racers seal the sweep of the Panthers in monumental fashion. The Racers had 20 hits with 10 homeruns to secure the 24-20 win, setting the new school record for single-game home runs. The Racers managed to put up 10 runs in the first inning alone.

Redshirt senior Bryson Bloomer had two home runs and six RBIs in the first inning alone, going 4-for-6 with three homeruns and eight RBIs to finish the game. Sophomore Drew Vogel also had three homeruns in game two. The Racers are now 7-8 in conference play, putting them in fifth place overall.

The next OVC matchup on the schedule for the Panthers is a three-game series against Tennessee Tech in Cookville starting on Friday. The Golden Eagles are currently tied with Morehead State for seventh place with a record of 5-7 in conference play.