Police chief responds to on campus safety concerns for women 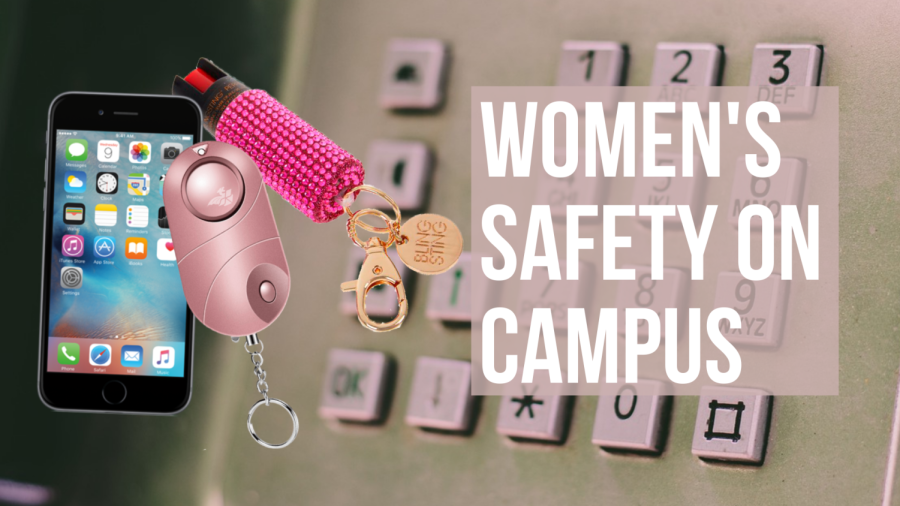 The lighting on campus is a safety concern for some women on campus at night, according to a survey conducted recently by The Daily Eastern News.

Over half of the respondents expressed concern about the lighting on campus at night.

“I think the lights near the dorm hall should be brighter for students who are coming in late,” Lawrence said. “I always prefer to walk with a friend at night because considering how quiet campus is, it can feel uncomfortable walking alone.”

For example, sometimes women go to eat at dining halls late at night and may have to travel across campus, where there may not be enough light poles stationed.

In other scenarios, some female students coming back from the gym late at night say the absence of light on campus causes a sense of discomfort.

“Typically, when I’m walking around campus I feel safe, but I would feel more secure if there were more security guards patrolling the campus once it gets dark to ensure students, especially women, get around safely,” Lawrence said.

Gamboa said the University Police Department, UPD, are trying to add more officers to the department and have them on bikes.

“We have the foot patrol, where the officers are physically walking the campus and engaging with the students,” she said.

The number and maintenance of blue light poles were another concern expressed by women on campus.

Gamboa said the poles are checked on a monthly basis, from her understanding. She also said that as she is new to her position, she plans to double check to make sure.

Gamboa advised if students are feeling nervous or anxious, they need to press the button on the big blue light poles.

Gamboa said that it is OK to push that button even if you are not 100% certain of a possible situation occurring. Even if you are feeling suspicious or some type of discomfort, she suggests pushing the button.

“It connects them to the telecommunication center,” Gamboa said. “A dispatcher is going to ask them for their location, their contact information and then [express] their need for an officer.”

Shortly after, an officer will come and escort them to wherever they need to go.

Gamboa gave other tips for women on campus to feel safer on campus.

“Walk in well-lit areas and carry a pocket-size flashlight and try to walk with somebody else, especially at night,” Gamboa said.

According to the survey, a majority of the responders said they carry something for self-defense, including pepper spray or a self-defense keychain weapon.

Gamboa said the most important step of safety is being aware of your surroundings.

Gamboa said after walking around the campus herself, she would see students wearing their headphones or they are only focused on their phones when walking around. These traits allow them to become an easy target.

She recommends putting the electronics down and to just be cautious of their surroundings when walking around campus.

Another new program for student safety will be self-defense classes.

Gamboa said starting in April, they will be offering self-defense classes. She said she hopes that the class could be taught once or twice a month.

Gamboa said there are officers on duty at all, but the department is currently short staffed.

“We are missing half of our force, so we’re in the process of hiring three more officers in the next few weeks,” Gamboa said.

Once they reach the number of officers desired, students will be seeing more officers around campus, who are also approachable, she says.