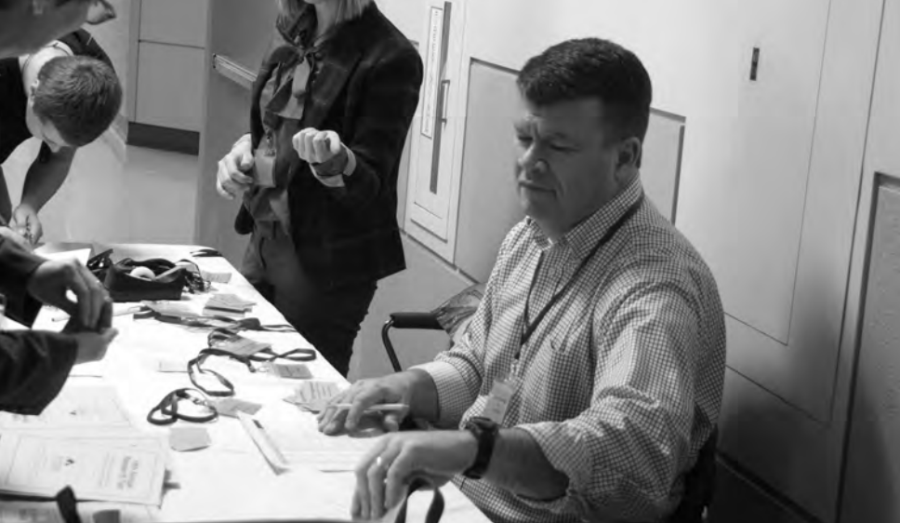 Eastern is bringing a familiar face back to campus to fill the vacant role of dean of the College of Health and Human Services.

John Storsved, who previously worked at Eastern as an associate professor and graduate coordinator in the Kinesiology and Sports Studies Department, was named dean following a search to replace former CHHS Dean Özlem Ersin.

Storsved currently works as an associate professor and chair in Millikin University’s School of Exercise Science and Sport.

He earned a Doctor of Health and Safety degree and a Master of Science in Physical Education from Indiana University in 1996 and 1991 respectively. Additionally, he earned a Bachelor of Arts degree in Health from Luther College.

He originally came to Eastern in August 2010 before leaving in June 2016 for his current position at Millikin University.

Throughout his career he has also worked in the following areas:

Storsved will fill a vacancy left by Ersin in June 2021.

In April 2021, a no-confidence vote was taken within the college regarding Ersin, to gauge the general opinion of CHHS faculty about her work as dean.

The issues raised regarding Ersin included accusations of a lack of understanding/commitment to shared governance, management by bullying and manipulation, chauvinistic behavior, unprofessional treatment of faculty and chairs and a demeaning/dismissive attitude when asked for clarification.

Currently, Ryan Hendrickson is serving as the college’s acting dean and will until Storsved takes over in July.

In a press release from Eastern, Storsved shared he is looking forward to his new role.

“I’m beyond excited to return to EIU in this new and critical role,” Storsved said. “EIU has been at the forefront of Health and Human Services programming for many years, and I’m eager to play a part in continuing to enhance EIU’s reputation for student success and to further enrich the workforce readiness of our Central Illinois community.”

Vice President of Academic Affairs Jay Gatrell said he believes Storsved will be impactful in his new position.

“Dr. Storsved is recognized as an outstanding colleague, person-centered leader, and committed to student learning. He brings valuable experience from his years at Millikin, and his familiarity with EIU and commitment to our mission and to our extraordinary students will allow him to make a positive impact right away.”