EDITORIAL: What Eastern needs in its next president 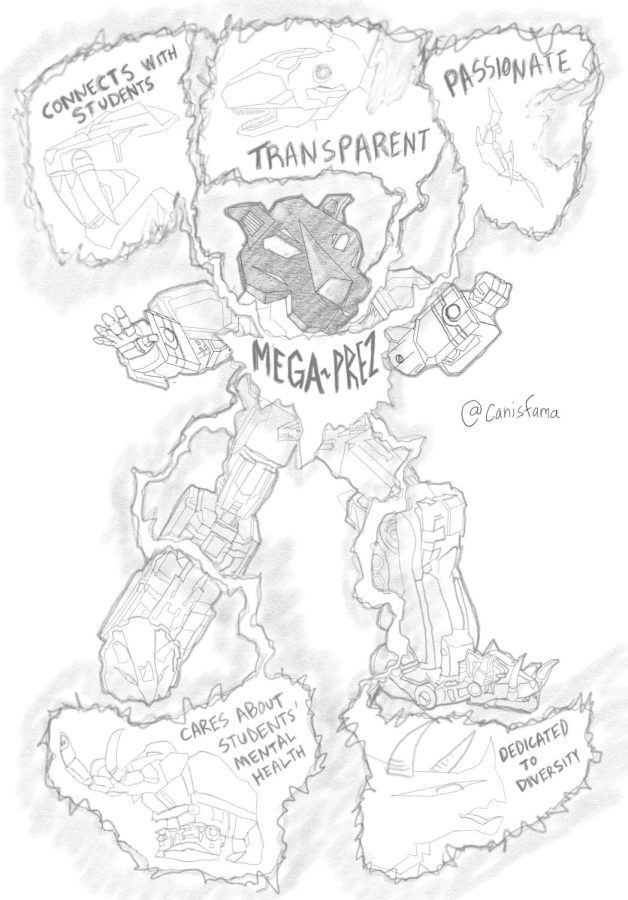 Unfortunately, Build-a-University-President is yet to be created and Eastern will soon be subject to seeking out its 13th president via the old fashion way: a presidential search.

Though we cannot build the perfect person for the job, we can define the values most important to the campus community and find the candidate who best fits what the people want and need.

First and foremost, a university president cannot just be John Doe off the street. Leading a university demands a person who works well under pressure, has a high level of education and who is able to work well with the many leaders who come together to make a university run.

However, that cannot and should not be the only focus.

Each university has its own wants and needs, and Eastern is no different in that regard.

For Eastern’s 13th president, it needs more in a president than it needed in any of the past presidential searches.

Over a century ago when the state sought out Eastern’s first sitting president, so many of the university’s needs were different. So different, in fact, that they ended up with a man who had no academic degrees, just experience in academia.

Obviously, this can be explained with the changes the world and higher education have seen in the last century, but it proves the point that we cannot use old criteria to find our next president.

Our next president should be a combination of the positive qualities of those whose footsteps they follow in, as well as new qualities that will make Eastern stronger than its ever been.

Eastern would benefit greatly if its next president checks off the following boxes:

Eastern’s next president needs to be open and honest with the campus community. As an institution of higher education, Eastern is working to build the next generation of leaders.

Transparent and honest leaders are successful because they keep those they lead in the loop on their decisions. People will trust a leader who makes decisions in the light of day and does not hide in the shadows.

We at the Daily Eastern News have spoken to students and they have told us what they want the most: a visible and active president.

They want a president with who they can connect with. This can take form in many different ways.

Maybe a younger president who students can see themselves in more easily. Perhaps a president who reflects the diversity at Eastern. Or, more simply, maybe someone who holds the same values as them.

Eastern is a university of empathetic, driven people who care about social issues and want to change the world. A good president will reflect those values.

No one wants an apathetic leader.

Eastern’s next president should be excited for the opportunity to lead this campus and show it.

They should be out advocating for our campus community and our staunchest supporter. If the campus is facing an issue that requires their attention, they need to be ready to face the problem head-on until they solve it.

An active, dedicated president is a must to boost Eastern to the next level.

A strong connection to Eastern

As mentioned before, Eastern is creating the next generation of leaders. Who’s to say a member of its previous generations cannot set up shop in Old Main?

An alumnus, former or current faculty member or, perhaps, a current vice president could effectively lead Eastern and would be able to hit the ground running much better than any other candidate.

While other leaders could adapt to our campus, no one could truly understand our needs like someone with a prior connection to Eastern.

Higher education continues to open and expand to more and more diverse people.

We need someone who reflects that.

Whether that be someone who values diversity or someone who is diverse, Eastern needs someone who sees our potential to become and more diverse university and take us there.

As an institution that is “committed to diversity and inclusion,” our next president has a duty to strive to create a more diverse campus culture in whatever ways they can.

As we dive into the search for our next president, we at the News hope that the presidential search committee keeps these values in mind as they search through what we are sure will be many applicants.

The task ahead is daunting, but one that will forever leave a mark on Eastern’s history. Let’s make it a good one.