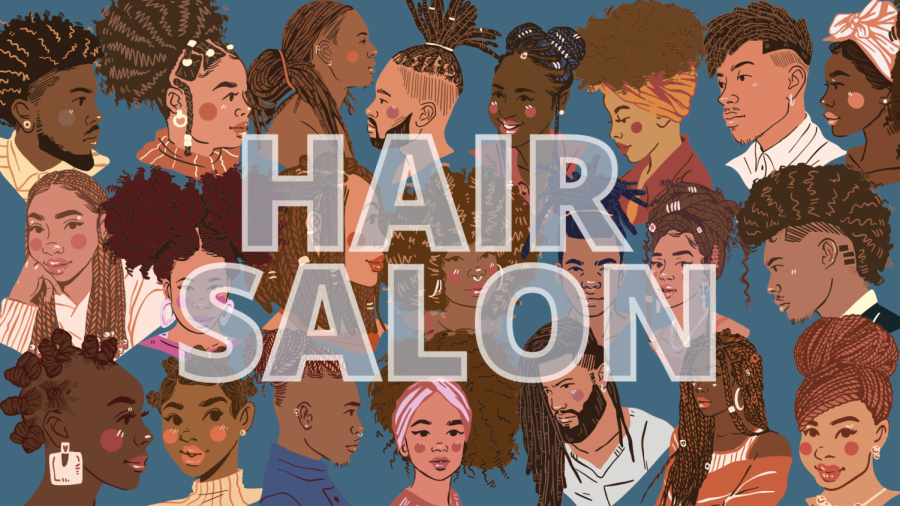 The owner and head beautician of the salon, Jewel Harbin, said they opened the shop around October 2021 and just wanted to let people know it was open, and if anyone came into the shop, they were able to offer them services.

Since they were opening around the holiday season, they just wanted to get the word out that they were an option for people needing hair care.

Harbin said they had a bigger plan for this year.

When Harbin was asked if it was hard to get the shop reopened, she said they had to work with others’ schedules.

“Yes, with the kids coming back to school, we had to work with their schedules,” Harbin said.

Harbin also said having to print flyers and getting an opening date set took more time than what was expected.

When asked why the salon was just now reopening, Harbin said her and her co-workers said they agreed to jump in now so future customers could know that the salon was a place on campus, for those that were interested.

“Going into spring break, even when summer break comes, they’ll still know, for those who don’t go back home or stay there,” Harbin said. “They’ll know that they have a salon where they don’t have to run back home. They’ll have a salon at school that is convenient for them.”

Although currently, there are no student employees working at the salon, Harbin said her and her staff will be working with students.

“A lot of the young ladies have come and asked to help out,” said Harbin.

Harbin said she wanted to allow the people interested in helping at the shop to get a feel for what it is like to be working at a hair salon.

“We want to welcome them and also work with their schedule for schooling because we want to make sure that they’re first concentrated on schooling,” Harbin said. “We want to definitely and strongly urge making sure your grades are in order first and then you can do this.”

Harbin wants customers to feel relaxed and feel as though they are in a home environment while in the salon.

She wants the customers to obtain the “look good, feel good” motto while being serviced.

With the reopening, Hardin said that all the employees are feeling positive and excited.

The staff is looking forward to meeting everyone that comes out and having them look around the shop.

Hardin said the shop is available to men, women and children.

Hardin said that she plans on running the shop for as long as people need to be serviced.

She wants to bring out resources to the community and to the people outside of Charleston as well.

Hardin said she is here as far as hair needs are concerned and for educational purposes for those interested. She understands that people’s hair might not have been cared for as well as it should have been since the pandemic and wants to provide the proper care.