Panthers lose to Belmont as Bruins pull away late 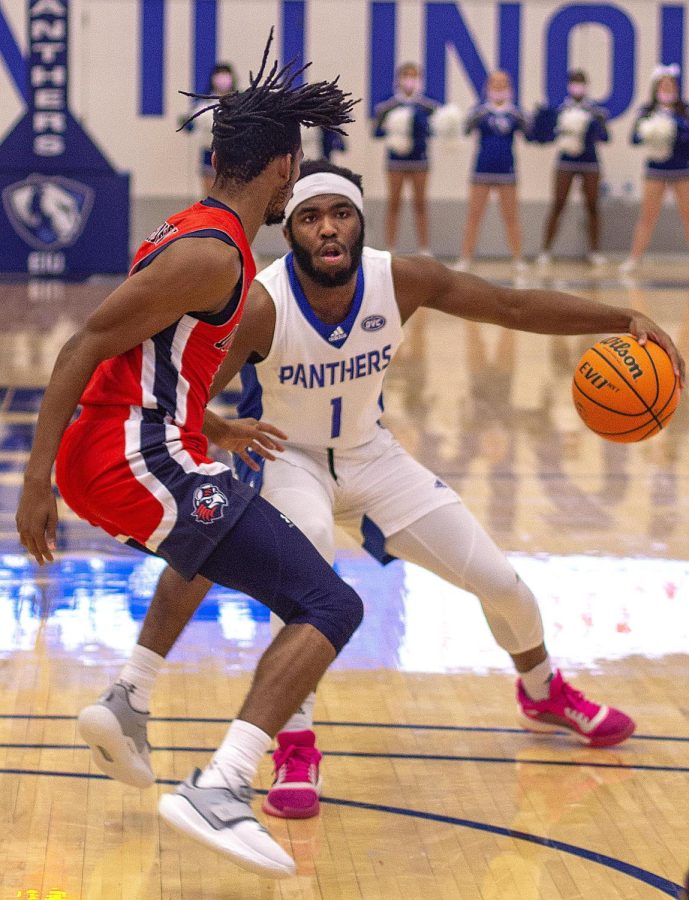 Eastern guard Kashawn Charles tries to dribble around a defender in the Panthers' game against Tennessee-Martin on Feb. 12 in Lantz Arena. Charles had a career-high 27 points in the game, which Eastern won 82-70.

The Panthers used the Bruins’ slow start offensively in the first half to their advantage and were able to tie it with about 11 minutes left. However, a series of turnovers made by the Panthers allowed the Bruins to gain momentum and pull ahead 31-20 leading into halftime.

With 16 minutes to go in the second half, the Panthers were able to cut the lead down from 11 points to seven points with the help of forwards Sammy Friday IV and Paul Bizimana. A 6-0 run by the Bruins helped fuel the second half momentum, ultimately sealing the win for the Bruins.

The Panthers had two players in double figures with fifth year senior guard Kashawn Charles leading the way with 15 points, going 5-of-12 from the field. Friday IV added 15 points and went 6-of-6 from the field.

The Bruins also had two players in double figures with center Nick Muszynski leading the team with 20 points and six rebounds, going 10-of-12 from the field. Junior guard Ben Sheppard had 16 points, going 7-of-11 from the field with two assists. These two offensive performances led to an overall field goal percentage of 59 percent.

The Panthers will travel to Gentry Center to take on Tennessee State on Saturday afternoon with tipoff set for 3 p.m.