Vaccine, booster clinic to be held Feb. 16 in Union 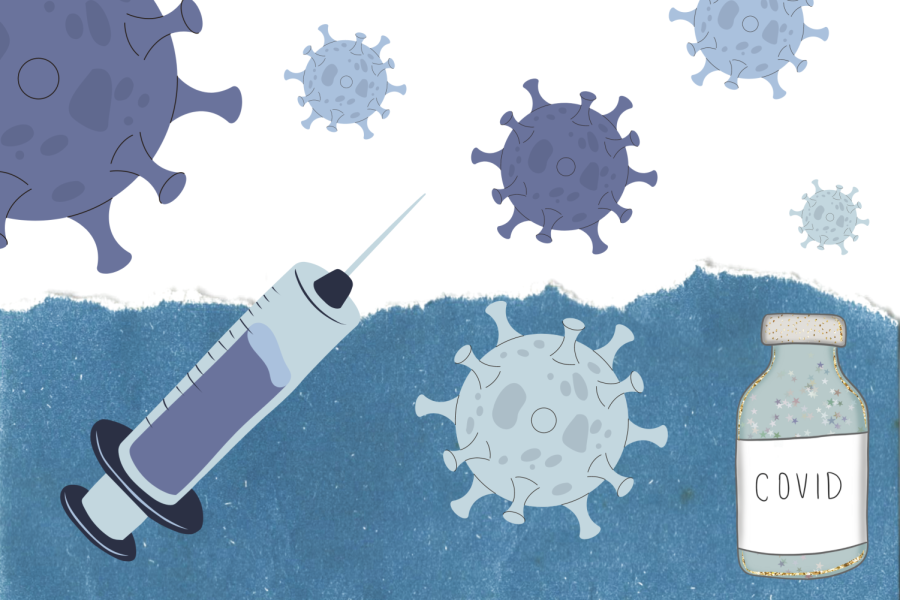 Students will have another opportunity to receive COVID-19 vaccines or boosters on Wednesday in the MLK Union University Ballroom.

Eric Davidson, the executive director of Eastern’s health and counseling services, said the clinics are a partnership between the Illinois Department of Public Health, the Illinois Emergency Management Agency and Eastern.

According to Eastern’s COVID-19 page, 78.5 percent of students are fully vaccinated, which translates to 3,624 students. Numbers for employees are similar, with 79.6 percent, or 973, of employees being fully vaccinated.

Davidson wishes that the vaccination rates at Eastern were above what they are now, their highest point since the beginning of the school year.

“We’ve been about 80 percent; I would always like to see it higher,” Davidson said. “Four out of five ain’t bad, but I’d like to see it much, much better than what we have.”

Davidson said that for people to get the vaccine, they need to see the positives of getting it and determine how it will help them.

“I think there are a lot of factors,” Davidson said. “Part of it is, individuals have to see a benefit of vaccination, meaning that they have to think about, ‘If I were to get the illness, first of all how susceptible am I to getting the virus, and then if I get the virus, how severe will the consequences be if I get it?’”

Lamenting the politicization of vaccine stances, Davidson offered his view on the matter.

“Unfortunately, this issue has been politicized, and I think political beliefs greatly impact whether or not one gets the vaccine or not,” Davidson said. “I think that’s kind of unfortunate.”

When discussing reasons why students aren’t getting vaccinated, Davidson attributed that choice to more than just political beliefs, citing misinformation and perceptions of the vaccine.

“I think it’s one of several different factors,” Davidson said. “I think politics plays an important role, I think it’s also the novelty or the perceived novelty of the vaccine. I think there is a lot of misinformation out there about the vaccine and its effects. Social media is a great tool for spreading information about availability, about science and knowledge of vaccines, but it also is used to spread a lot of misinformation and misperceptions.”

Davidson thinks students and staff should get vaccinated first for their overall health, but also so they can continue to perform inside and out of the classroom.

“First of all, we want our individuals to be healthy; we want them to be well, so that way, for our students…their studies and their academics and their cocurricular lives are not interfered or negatively impacted as a result of having COVID,” said Davidson.