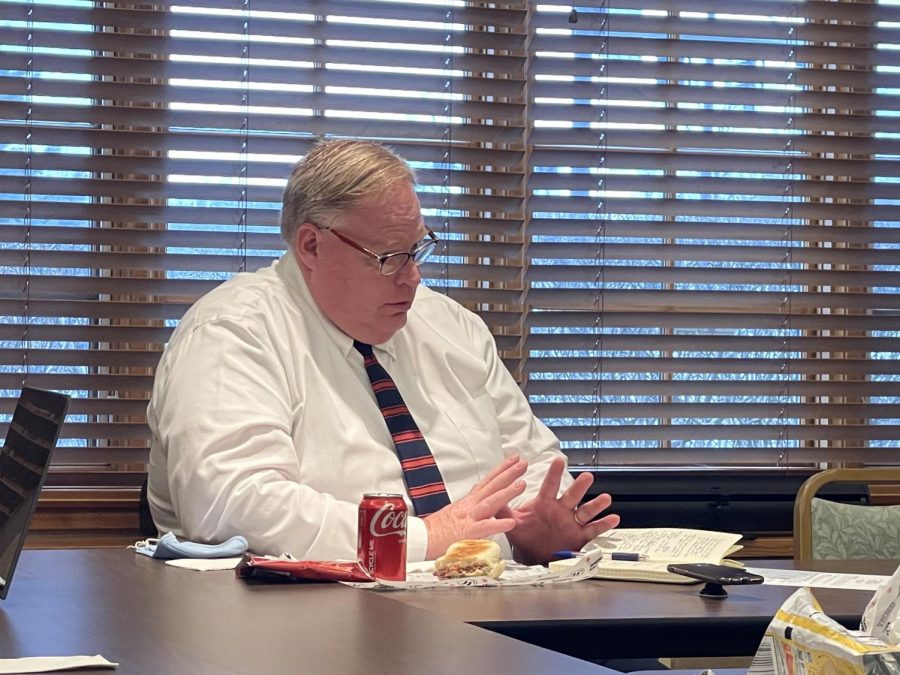 Ken Wetstein, ex-officio convener of the Naming Committee, discusses what the next steps in the naming process will look like.

Eastern’s Naming Committee will finalize its recommendation on potential new names for Douglas Hall during its meeting Thursday at 9 a.m. in Old Main, room 1019.

The letter explains that Hencken is not included in the committee’s review because he asked to have his name withdrawn from consideration.

Some of the top focuses of the committee in reviewing each candidate were the individual’s connections to Eastern and the significance of their impacts on Eastern.

The renaming of Douglas Hall will be discussed by the Board of Trustees during its meeting on Jan. 21 and a name change could be voted on during the April 22 meeting.