The News on major athletic achievements 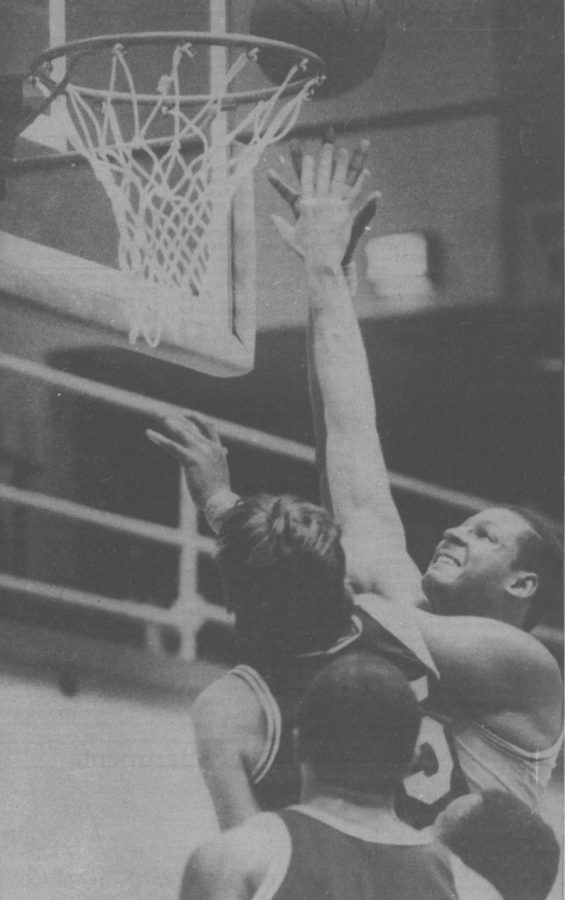 Eastern Center Kevin Duckworth muscles inside for two of his 12 points from Dec. 10, 1984.

From its inception, The Daily Eastern News has been dedicated to covering Eastern athletics.

For more than a century, The News has been there for thrilling victories, crushing defeats and historic performances.

The very first story in the very first issue of The News back in 1915 was coverage of a football game, and from that day forward sports coverage had a very important place in the identity of this publication.

Over the years, there have been many accomplishments by Eastern athletes and teams. Narrowing down these achievements is a tall task, but there are three in particular that stand out from during The News’ run as a daily print publication.

The News became a daily publication in the 1973-74 academic year, and less than three years later, the men’s basketball team advanced to the 1976 Division II Final Four for the first time in school history.

The Panthers went 23-8 that season. They beat St. Joseph’s and Evansville to win the Great Lakes Regional and then beat Bridgeport 81-66 in the Elite Eight.

Chattanooga ended the Panthers’ run in the Final Four, but Eastern beat Old Dominion by four points to win the third-place game.

Jeff Furry made the all-tournament team for Eastern.

The 1978 football team remains the only team in school history to win a national title.

The Panthers beat Delaware in the Division II National Championship game on Dec. 9, 1978, capping off a season for the ages.

The Panthers entered the playoffs as the No. 5 team in the nation after a 9-2 regular season. They played No. 4 UC Davis in the first round, winning 35-31. They then beat No. 2 Youngstown State 26-22 the following week before a 10-9 win over No. 3 Delaware to win the title.

The 2004 women’s soccer team wrapped up an impressive six-season stretch, winning the OVC Tournament for the fourth season in a row.

The finished second in the conference from 2001 to 2004, but won the tournament each year to advance to the NCAA Tournament, their only four appearances in school history.

They Panthers had double digit wins each year from 1996 through 2004.