Swim teams to compete in last meet of semester 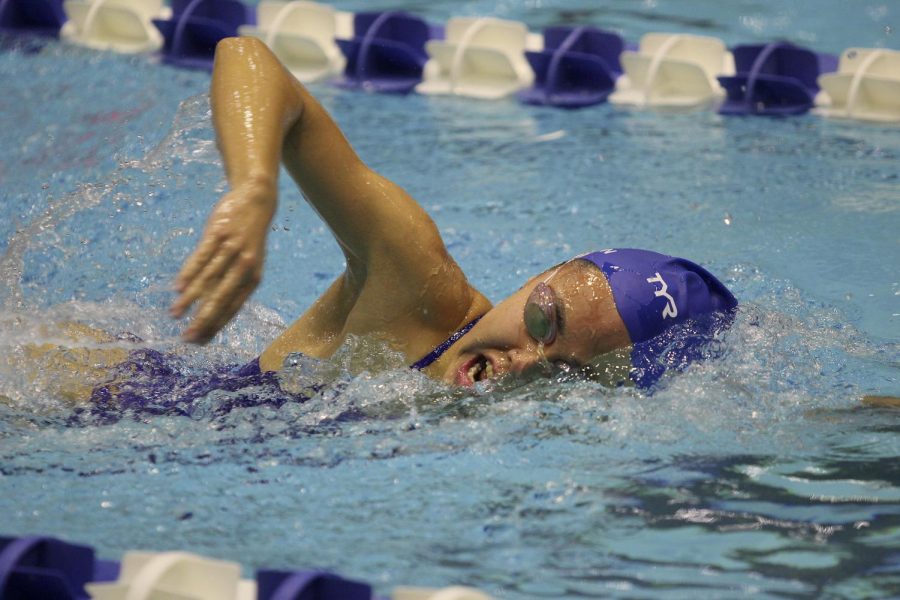 Eastern sophomore Pheobe Croston competes in the 500 yard freestyle against Ball State on Oct. 29 at Padovan Pool. Croston finished with a time of 5:37.74. The women’s swim team lost 174-84.

The Eastern men’s and women’s swimming teams will be competing in their last meet of the semester Saturday.

It is the first action for both teams since they competed in the SIU A3 Performance Invite on Nov. 11 through Nov. 13.

The Panthers had 11 A Final finishes in the invite.

The highest finisher was Kennedy Darensbourg on the women’s side. She finished second in the 1,650 freestyle with a time of 17:47.72.

The 200 freestyle relay team consisted of Camryn Lewis, Kaylan Ottosen, Autumn Grinter and Sabrina Chu. The 200 medley relay team was made up of Olivia Viele, Ashley Glesing, Ottosen and Lewis.

On the men’s side, Spencer Wilson and Forrest Baumgartner had the highest individual finishes.

Wilson was joined by Connor Colston, Payton Buse and Dismas Dillon in the 400 freestyle relay. The team placed fourth with a time of 3:06.55.

Saturday’s action will be the last competition for the Panthers in 2021.

Both teams will be back in action on Jan. 15 when they host IUPUI at the Padovan Pool.