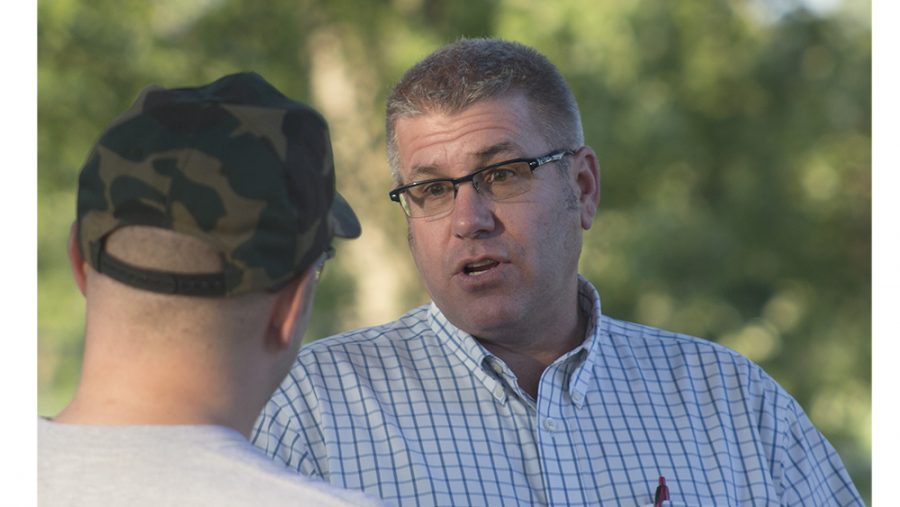 An Illinois man connected to State Senator Darren Bailey’s campaign for Illinois governor is facing charges in connection to the Jan. 6 insurrection.

Photos of and contact information for Ligas have been featured in Bailey’s social media and website multiple times.

Posts on Bailey’s Facebook indicate Ligas has had involvement in fundraising and event organizations for Bailey’s campaign for governor.

The Democratic Party of Illinois called on Bailey to denounce Ligas in a statement from DPI Executive Director Abby Witt:

“The January 6 attack on our democracy was one of the darkest days in our nation’s history. Now, we find out that one of the attackers has since been working with and representing the campaign of Darren Bailey, a Republican candidate for governor. When it comes to the traitors of January 6, there must be no equivocation: Darren Bailey must immediately denounce Mr. Ligas and revoke any and all association with him at once. The governor’s office is no place for associates of traitors to this great nation.”

We at the Daily Eastern News could not agree more.

What happened on Jan. 6 was despicable and one of the worst representations of the United States in recent history. Those involved represent the worst of what this country has to offer.

In a statement reported on by WBEZ Chicago, Bailey’s campaign beat around the bush rather than denounce the actions of Ligas:

“We’re shocked by this news and we do not condone any illegal activities. He has never been a member of our campaign staff. We support law and order and trust the court system to ensure anyone breaking the law is held accountable for their actions.”

Despite what was said in the statement, none of this was shocking; Bailey appeals to the exact type of people who raided our country’s capitol building.

If Bailey truly does not stand for this lawless and inexcusable behavior, he should denounce Ligas and all other insurrectionists who made a mockery of our country and democracy.