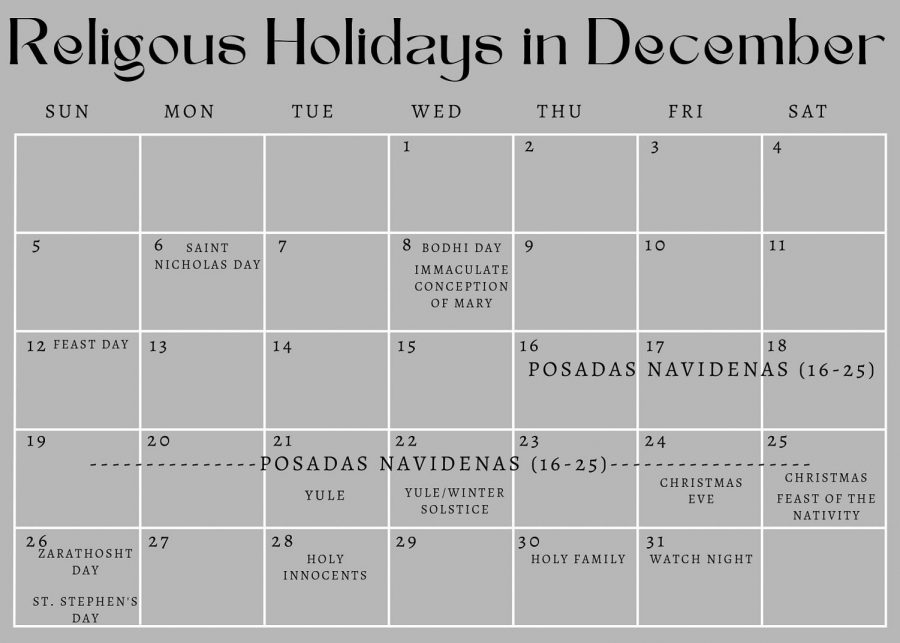 As we get ready to be in the full swing of the holiday season, it is important to practice awareness.

There are at least 14 religious holidays celebrated in December, but each year we hear complaints about the “war on Christmas,” despite no war ever taking place.

A Starbucks cup, someone telling you happy holidays or others not actively celebrating your religion’s holidays are not nearly the same as the weight the word “war” holds. What does hold a lot of weight is the 1,650 religious hate crimes reported to the FBI in 2019.

Of those hate crimes, a combined 73.6% were anti-Jewish and anti-Islamic (Muslim).

These crimes manifest in horrible ways like shootings, bombing threats and assaults.

Meanwhile, those who celebrate Christmas get Christmas decorations already in store when the clock strikes midnight on Halloween.

No, the phrase “happy holidays” isn’t a verbal attack on those who celebrate Christmas, its to help mend the injustice for other religions and their alternate winter holiday.

For this holiday season, try to understand why we should say happy holidays instead of merry Christmas. It is our responsibility to make changes and be better for the next generation.