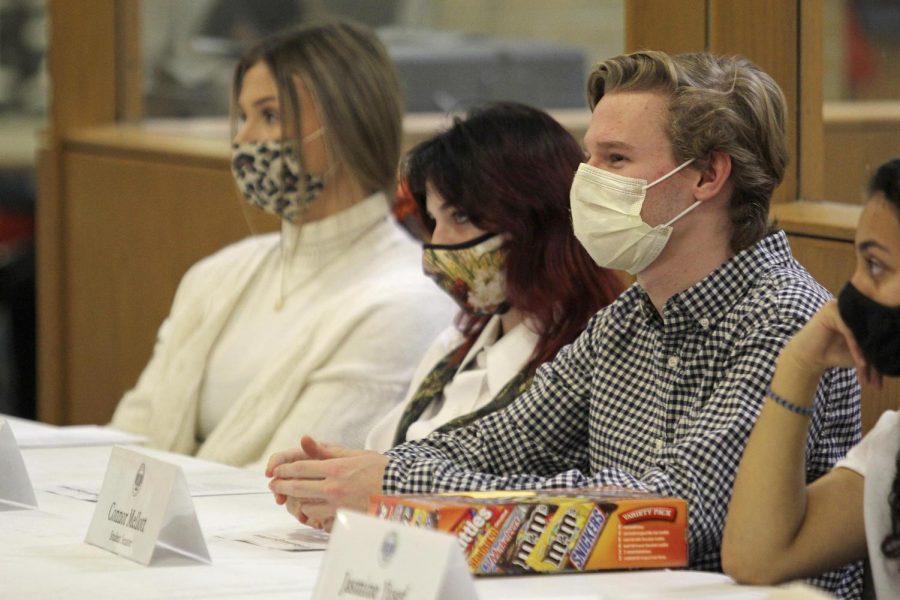 Student Senator Connor Mellott, a freshman human geography major, asks a question about a proposed RSO about multicultural connections at the Sept. 10 meeting of Student Government meeting. Student Government was held in Thomas Hall’s lobby as part of the “Senate on the Go” program.

Information on this change was not available to the News at print time for this issue.

Executive reports in this meeting will include:

Committee reports in this meeting will include: