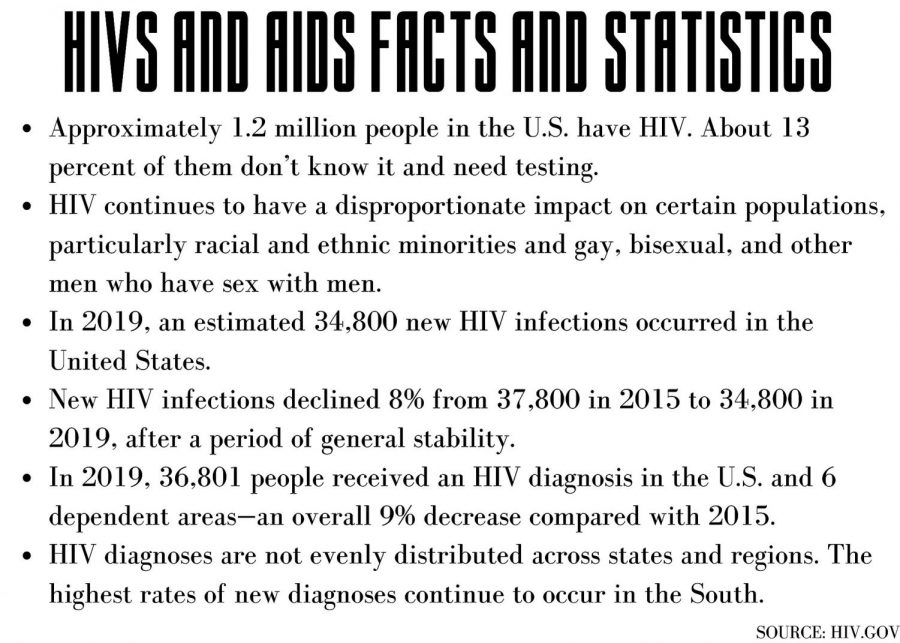 World AIDS Day started in 1998 and is observed on Dec. 1 every year to dedicate awareness and provide support to people who have lost their loved ones to acquired immunodeficiency syndrome.

Despite the effort to spread awareness about AIDS, there is still a big stigma around AIDS. Now it is time to have a conversation and talk about the discrimination against people with AIDS and HIV in order to reduce that stigma.

HIV stigma is negative beliefs, discrimination, and the prejudice about people living with HIV. This can be seen when men who have sex with men are unable to donate blood like every other person or when assumptions are made about all gay people having HIV or AIDS.

People who are uneducated about this topic often believe that only certain groups of people are prone to getting HIV, judge others who make safe steps to prevent the transmission of HIV, and feel that people deserve to get HIV because of their choices, according to the CDC. The lack of awareness and education that people have, leads to people that live with HIV to be discriminated against, treated differently, and judged harshly.

The negative perception and stereotypes that others have, does have an effect on those living with HIV and often lead to self-image issues along with fear of their health status becoming public, feeling shame about their status, being judged, and mental health problems.

They should not have to endure hate over something that they have no control over.

The first step in overcoming this stigma is to talk about it. There should not be misconceptions about this when there is so much information around and access to that information being so readily available.

Having conversations and sharing correct knowledge with one another helps to normalize and erase those misconceptions and stereotypes.

People with HIV and AIDS are people and deserve to be treated as such. End the stigma.