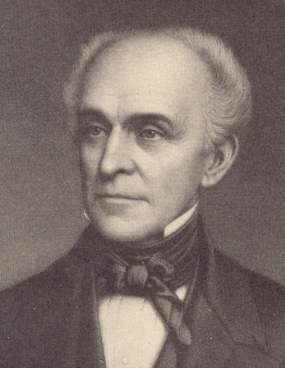 Eastern’s Naming Committee is tasked with reviewing a list of individuals who Douglas Hall could be potentially renamed after.

Edward Coles was native Virginian and served as Illinois’ second Governor from 1822 to 1826.

Edward Coles was a member of one of the First Families of Virginia, prominent and wealthy families who were descendants of English colonists. He was the youngest male child of John Coles and Rebecca Tucker.

When his father died, Edward Coles inherited around 20 slaves and a 782-acre plantation. Once the estate was settled, Edward Coles was met with resistance from his family when he announced his intentions to emancipate the enslaved people.

Coles emigrated to Illinois in 1819 bringing his inherited slaves and wealth with him, according to the Madison County Historical Society.

Beyond freeing the majority of slaves he inherited, Edward Coles also provided employment and other ongoing support. It is the general belief that some of the enslaved people went separate ways on the path to Illinois and one family remained in slavery while a debt was paid so that the family’s basic needs would be met.

Starting in college and throughout his adult life, Edwards Coles was an advocate for emancipation. During his time as Governor of Illinois, Edward Coles called on the legislature to abolish slavery in Illinois and recommended the 1819 Illinois Black Code be revised.

As pro-slavery groups advocated for Illinois to fully legalize slavery, Edward Coles “distributed antislavery literature, wrote articles for the ‘Illinois Intelligencer,’ and spent large sums of his own money to ensure the defeat of the referendum,” according to the Madison County Historical Society.

A complete list of individuals being reviewed can be found here.