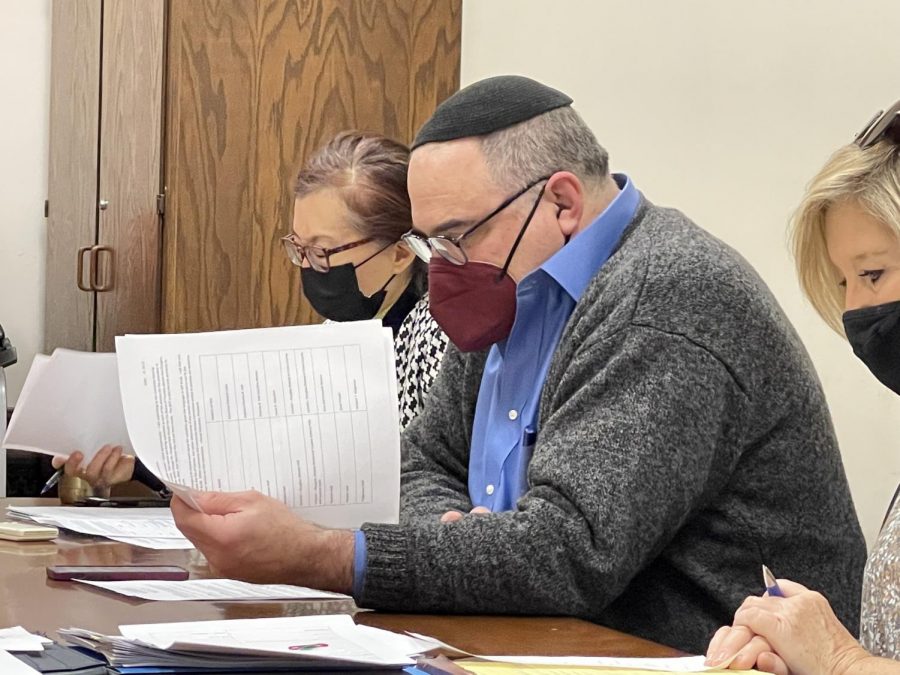 A memo from University President David Glassman is asking the Naming Committee to review the following names/name recommendations that could be considered in the potential renaming of Douglas Hall:
-Governor Edward Coles (Coles Hall)
-Captain Charles B. Hall (Hall Residence)
-Charles B. Hall and Ona Norton (Hall-Norton Hall)
-Louis V. Hencken (Hencken Hall)
-Lincoln-Douglas Debate Hall
-Lincoln-Douglas Debate Memorial Towers (Liberty Hall and Justice Hall)
-Ona and Kenneth Norton (Norton Hall)
-Zella Powell (Powell Hall)
-William T. Ridgeway (Ridgeway Hall)
Coles was the second Governor of Illinois who also served as secretary to U.S. President James Madison from 1810 to 1815. Coles County is his namesake.
Hall was a student at Eastern who was a Tuskegee Airman. He was the first Black American combat fighter pilot to shoot down enemy aircraft, earning him the Distinguished Flying Cross.
Hencken is a 1967 graduate of Eastern who served in various capacities in Housing and Dining before serving as university president from 2001 to 2007. Hencken is the only living person being considered by the committee.
The Nortons were a Charleston couple who helped house Black students at Eastern. Ona Norton was a community activist and has a scholarship in her name for Black students at Eastern.
Powell was Eastern’s first Black graduate. She was a 1910 graduate and served as an educator in Illinois schools for several decades.

Ridgeway was the third Black professor at Eastern and came to Eastern as a zoology professor. He later became the director of the Afro-Studies Program.

The public suggested 205 names in responses to a questionnaire put out by Glassman.

Four people recommended Coles, three recommended Hall, 18 recommended Hencken, four recommended Lincoln-Douglas Debate Hall or a version of it, one individual recommended Lincoln-Douglas Debate Memorial Towers (Liberty Hall and Justice Hall), 28 recommended one or both of the Nortons, five recommended Powell and one individual recommended Ridgeway. Fourteen people suggested retaining the name Douglas Hall.
Other suggestions recommended notable Eastern alumni and former employees.
During the meeting, members of the committee discussed the charge given to them by Glassman.
Angie Campbell, committee member and former chair of the Naming Committee, emphasized that the committee is charged with determining the suitability of the names provided by Glassman, not with sharing their preference of name.
“If we go back to his charge, what he’s asking is, is each name suitable given the language in IGP 148. He’s not really asking ‘do you like it or not?’ He is saying that you can, you know, certainly provide any other comments, that those are welcome, but his charge is to review the name for suitability given the language in 148.”
The committee is expected to follow the following guidelines in their decision-making:
1. Personal, place, or functional names may be recommended for facilities.
2. The recommended name shall be logical in terms of the function of the facility.
3. The recommended name shall have some significance to and meaning for constituencies served by the facility and/or significance to and meaning for the University as a whole.
4. The recommended name shall be consistent with the guidelines provided in the Board of Trustees Regulations cited above.
5. There shall be a relationship between the magnitude of the contribution of that person to the University and the facility–i.e., major building names should be reserved for those individuals who have made major contributions to the advancement and welfare of the institution.
6. At least two years shall pass after the employee’s termination of regular employment, retirement, or death before consideration is given to naming a facility for that individual.
Naming Committee Chair Suzie Park said that she believes all of the names likely meet the first four listed criteria. Committee member Steven Scher said he believes a greater emphasis will be placed on the fifth guideline.
The next meeting is tentatively scheduled for Dec. 15 at noon.