Memorial for Aguilar planned for Thursday 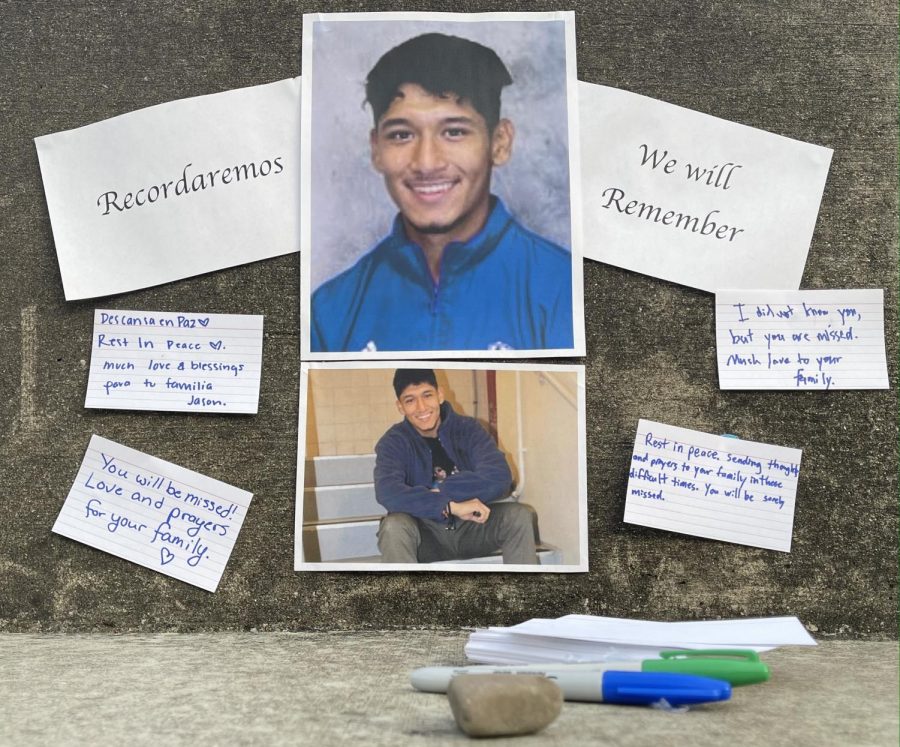 A memorial encouraging students to write notes in memory of Jason Aguilar, an Eastern track athlete and sophomore accounting major who died Oct. 30 is at the Mellin Steps Tuesday afternoon.

An on-campus memorial for Jason Aguilar is scheduled for Thursday at 4 p.m. in the Grand Ballroom in the Martin Luther King Jr. University Union.

Speakers at the memorial will include:

A memorial has also been set up on the Mellin Steps encouraging people to leave notes in memory of Aguilar.

“Our thoughts and utmost sympathies go out to all those impacted by this unexpected loss, and especially to Jason Aguilar’s family, friends, and track teammates. The loss of any student pains us all. As we cope with our own personal and private feelings of grief and sorrow over this loss, we ask that everyone in our EIU community lift each other up in support and healing,” Flaherty’s email read. “…(Glassman) and (Provost Jay Gatrell) join us in expressing our most profound sympathies to those closest to this loss, and we courteously ask at this time for everyone to respect the personal privacy of Jason’s family and friends as they cope with this tragic and unfortunate event.”

“We are extremely saddened by the news of Jason’s passing. Our thoughts and prayers go out to his family during this emotional time,” Michael said.  “At this time we are doing everything we can to support our student-athletes and coaches as they work through this tragedy of dealing with the loss of one of their own.”

“Words cannot express the heartache our team is feeling after learning of the passing of Jason Aguilar. Jason was a part of our EIU Track Family and we are saddened by his passing at such a young age,” Roberts said. “Our thoughts and prayers are with those who loved him dearly, including the members of our Panther family.”

Friends, teammates and acquaintances took to social media to talk about Aguilar.

“Man this really hurts. We were inseparable. Jason and I did everything together and went everywhere together,” Jaheel Perrin, a sophomore sport management major, tweeted. “I will always and forever love my brother with everything in me.”

“Always had something positive to say to you, after every race, every PR, every bad race he always texted me with positive words,” Adam Swanson, a junior criminology major, tweeted. Jason Aguilar was a real teammate and a great person. You will be missed but never forgotten.”

“It’s hard to put into words the emotions my teammates and I are feeling right now. Jason was an exceptional person, teammate and friend,” Riley Baker, a junior kinesiology education major, tweeted. “The world lost a great person”