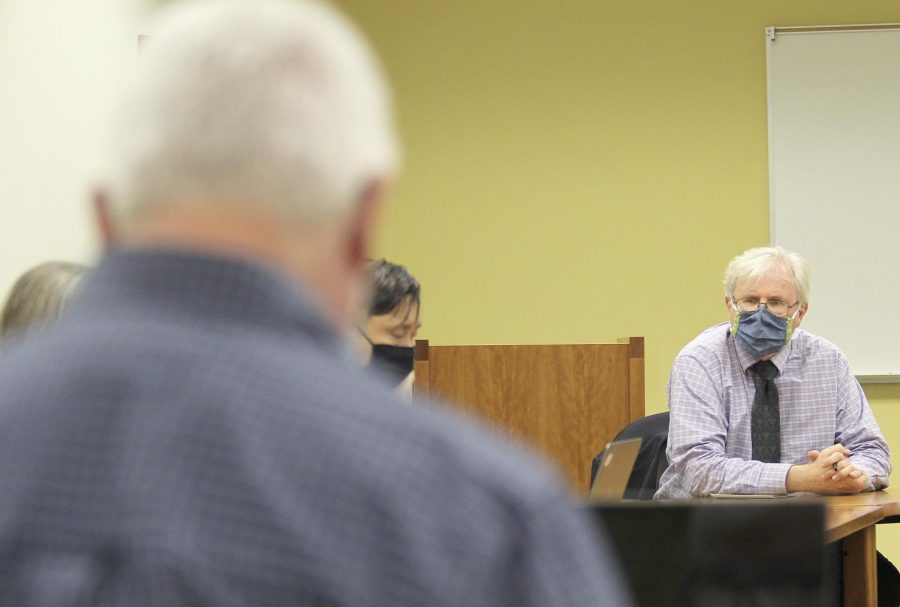 The Council on Academic Affairs discussed possibilities for students who want to have qualifications in certain subjects despite how Eastern does not offer certifications.

Previously, CAA approved an option from the philosophy department which was loosely defined as a certificate, and other majors have been interested in similar programs.

In Illinois, only community and junior colleges offer actual certifications in a way which would show up on an academic transcript.

Jay Gatrell, Eastern’s provost and vice president for academic affairs, was a guest for the conversation about what Eastern could offer as an alternative to certificates.

Gatrell said that his issue with the topic is that “certificate” has a specific meaning, that it was recognized by the Board of Higher Education.

Gatrell brought up the concept of micro-credentials, which are a way for college graduates to show that they have some knowledge in a topic without having pursued a minor in it. He pointed out that the main purpose of this was to bring new students to campus.

Another option would be to just have course suggestions for students in a certain major to take which would make them more marketable to future employers.

The main issue with determining what to offer to students is that what CAA was discussing was a fairly informal recognition that was based on department approval.

While it could be similar to a certificate, micro-credentials or even a concentration, separating this concept from those ideas and offering it to students would take more formalization than what is currently in place.

On the other hand, recognizing students’ work on a certain subject outside their major or minor would emphasize freedom between disciplines and an ability to learn about more than one topic while in college.

The discussion ended with the Council deciding to let the philosophy department go ahead with their program and to see how that worked for the students involved.

CAA also approved a revision to the Meeting and Event Management minor.

Last year, the Council approved the addition of a wedding event management course and it had yet to be added to the minor.

When the minor was approved, it only had a 15 hour requirement when it should have had an 18 hour requirement, so the addition of HTW 3700, the wedding event management course, would bring it to the needed hours.

The Council also approved a revision to HON 1191, a course that “explores the challenges of leadership and reflective learning in the context of contemporary issues and ideas,” and was intended for Presidential Scholars only.

Richard England, the dean of the Pine Honors College, said that the revision came up because a student who was not a Presidential Scholar was put in the class and he realized that students may have thought the course was open to all honors students.