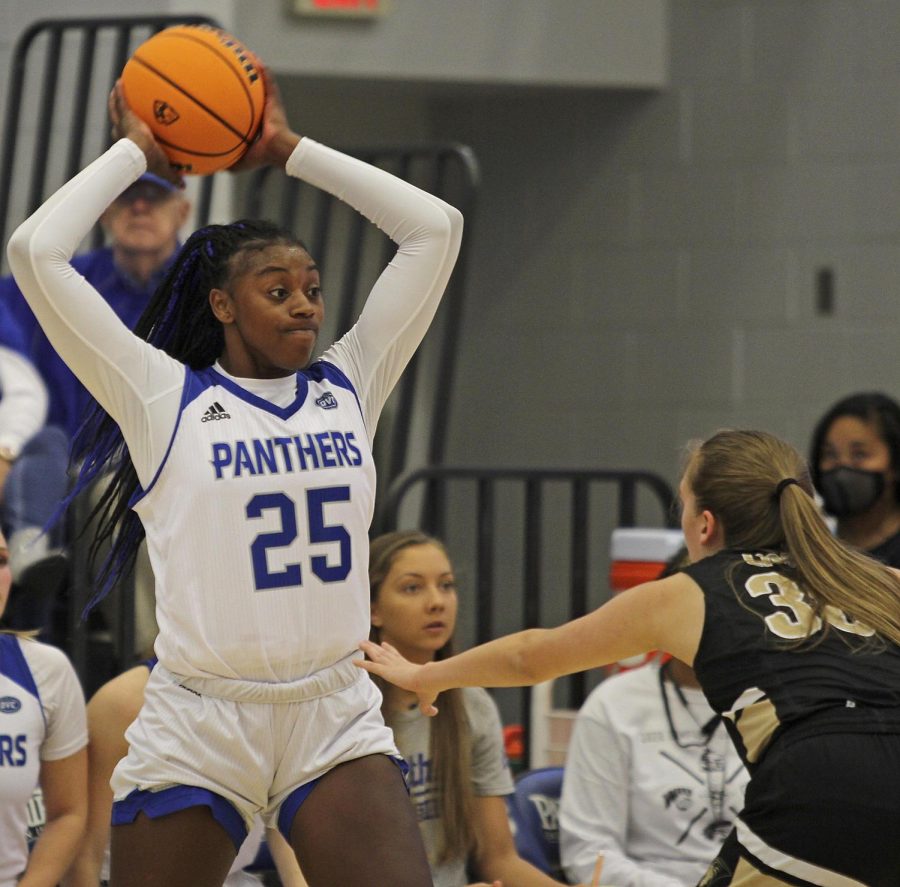 Following the Eastern women’s basketball team’s 86-30 blowout win over the Lindenwood Lions on Tuesday night at Lantz Arena, Head Coach Matt Bollant and junior guard Lariah Washington, who was the game’s top scorer finishing with 16 points, spoke about the importance and benefits of letting underclassmen play many minutes that early in the season. Midway through the third quarter, Bollant replaced all starters with freshmen and sophomores.

Games like these can be an opportunity to let freshmen and sophomores play important minutes at the Division I level and to help them move forward as the season progresses.

Bollant said that the opportunity to play the underclassmen more is something that was not available last season.

“This is what the freshman didn’t have last year,” he said. “We only played five (nonconference) games, four of those games were really close, and they didn’t get the chance really to play in any of this last year.”

He also said that getting them minutes early in the season will help prepare them to perform in games once conference season begins.

“Obviously they’re really talented, so the more we get them out there, the more they’ll be ready to play in the big games,” Bollant said.

Washington was also happy with how well her underclassmen teammates performed.

“I think they’ve been doing really well, it’s great to see them develop,” she said. “It’s fun playing with them in practice and even funner to be able to play with them in a game. It was just good for us to watch them play and see them have fun playing.”

Freshman Guard Miah Monahan out of Silver Lake, Minn., who got the most minutes out of the underclass players with 18, scored 8 points and got 2 steals while shooting 100 percent each from the field and the free throw line.

Taris Thornton, a freshman out of Lombard, Ill., put up 10 points, 4 rebounds, 3 steals and 2 blocks.

But not only did the freshmen contribute, so did the sophomores too.

Guard Jacqueline Maulucci out of Fishers, Ind., finished with 6 points and 2 assists.

Forward Parker Stafford out of Omaha, Neb., scored 6 points and grabbed 8 rebounds and Haley Cameron out of Dayton, Tenn., added 4 rebounds and 2 assists to the game.

Every player played at least 13 minutes, which is a big difference compared to the underclassmen’s last season’s playing time of roughly five minutes in average.

The experience the underclassmen gained Tuesday comes in addition to time they played in an exhibition against Illinois Wesleyan last week.

Bollant said that the contributions of the underclassmen is something that the starters help foster.

“And I’m really proud of our starters,” Bollant said. “They went to the bench and cheered them on and had great attitudes when they sat a lot in the second half.”