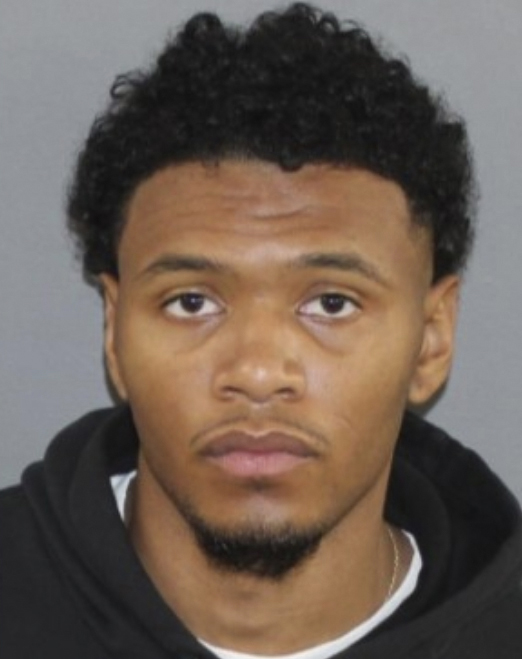 Editor’s note: The name of the individual who reported the accused will be referred to as John Doe to protect his identity.

Antonio Norman, a junior criminology major, was charged with aggravated battery and is accused of breaking the jaw of one of his teammates from the Eastern men’s track and field team.

According to a police report, police received a call on Oct. 20 from an emergency room nurse at Sarah Bush Health Center who called regarding a patient who said he had been battered. The nurse said the patient, John Doe*, had a broken jaw and a laceration on his head.

After having surgery done at Carle Foundation Hospital, the patient said doctors informed him that his jawbone was “’hanging’ on the right side and also broken on the left side.”

When speaking with Doe, an Eastern student and track athlete, over the phone, an officer was told a man who the patient believed to be Norman came to Doe’s home around 3 a.m. Doe said he never saw Norman but Norman was identified to him as the person who came into the home.

He said the person who came into the home was asking him why he was trying to “’do stuff’ with a female,” according to the report.

Doe said the woman who was referenced was the ex-girlfriend of Norman who lived with Norman. He said he and the woman kissed but nothing further happened and at the time of the altercation Doe said Norman came to the residence with another man from the Eastern men’s track team. He said both were let in by his roommates who were unaware of what allegedly took place.

When speaking with an officer after their initial conversation, the man gave more details, saying the woman who was in bed with him attempted to wake him up and when he did wake up the room was dark, he attempted to stand up and was hit multiple times.

A roommate of the Eastern student said he woke up to knocking at their door around 3:30 – 4:30 a.m. He said he told Norman and the other individual they needed to leave, but they came inside of the home after they were told Doe was asleep.

The roommate said he followed the men to Doe’s room and watched as Norman walked into the room yelling at Doe, Doe stood up and Norman punched him in the jaw. The roommate said he believed Doe was knocked out and then a brief fight occurred between Norman and Doe.

The roommate said Norman said Doe “’fucked’ Norman’s girlfriend and you mess with my girl,” according to the report.

The woman who was in bed with Doe also provided a statement and did not name Norman but police say she provided a description that was consistent with Norman. She said she was in bed with Doe when she heard a knock at the bedroom door, followed by a man walking into the room and saying Doe “tried to ‘rape’ his ‘girl.’”

She said the man then “decked” Doe in the face as Doe stood up, Doe hit the man back once and the man put Doe into a “lock” holding his arms up. She said the two made threats back and forth.

Another roommate said he came out of his bedroom after hearing a commotion but did not see the altercation. He said he saw Norman standing over Doe and Norman’s friend. He said he told Norman and the friend he would call the police if they did not leave and the two left.

Another roommate also spoke to the police, saying Norman and his friend knocked on their door in the early morning to speak to Doe. The roommate said he let the men in and directed them to Doe’s bedroom.

Police say they spoke to Norman’s ex-girlfriend on Oct. 26 over the phone. She provided a statement saying that Doe sexually assaulted her on Oct. 20 and she told Norman and he left their apartment around the time the altercation occurred.

The woman said Norman told her he went to Doe’s house to talk to him and knocked on his bedroom door, Doe asked what he needed, Norman walked in and Doe jumped out of his bed and came at Norman.

She said Norman told her Doe was in bed with another woman and that Norman’s friend broke up the fight between him and Doe.

The woman said Norman returned home with a swollen eye and would not tell her what happened at first.

Norman’s friend was also interviewed by police and gave his account of the altercation and what led up to it.

He said he was woken up by Norman who was upset and told him Norman’s ex-girlfriend was raped by Doe. He said Norman asked him if he knew Doe and the two went to Doe’s home together because Norman “wanted to talk to (Doe),” according to the report. The friend said he did not know anything else would happen.

The friend said a roommate let him and Norman into the home, Norman knocked on Doe’s bedroom door and went in when Doe answered. He said Norman was repeating something similar to “you don’t know me.”

The report said the friend said Doe got out of the bed and then recanted and said Doe was already out of bed.

The friend said Doe seemed oblivious and swung at Norman. He said Doe may have gotten knocked onto the bed after the first punches and that Norman was hit in the eye by Doe during the fight.

He said the fight lasted 20 to 30 seconds before he broke it up and they left when someone threatened to call the police. The friend said he was there to make sure Norman did not do anything “stupid,” according to the report.

On Oct. 31 police spoke with another witness who was at the residence during the attack. She said she was sleeping in the downstairs area of the house when she woke up from knocking at the door.

She said Norman and his friend walked quickly through the house and to Doe’s bedroom. She said she heard the door open and heard Norman yell things toward Doe like “you fucked my baby momma,” “you had her in a choke” and “you think that’s okay?” She said she was at the top of the stairs during the altercation and said Doe stood up from his bed and Norman began punching towards Doe.

The woman said she saw the punches being thrown but did not see any of them connecting. She said she was going to call the police and Norman and his friend left out of the back door.

The report stated, “(The woman) said the fight was very brief and said Norman ‘did his job’ and left. (She) said (Doe) had blood dripping down his chest, his mouth was all bloody, and his teeth were ‘pushed out’ so it looked like (Doe) had an underbite.”

After taking the report from the witness on Oct. 31, Norman was arrested. According to the report, “he did not wish to speak to (the officer) and did not want to add a statement.”

The report noted most of the parties involved appeared to be on Eastern’s track team. The Daily Eastern News was able to confirm seven individuals named in the report are involved with Eastern Athletics.

“Eastern Illinois Athletics is aware of the incident involving a member of its track and field program.  Upon learning of the incident, the student-athlete in question was suspended from the team and all team-related activities by Director of Track & Field, Keith Roberts.  That individual will remain suspended as more information is gathered and the process both on and off-campus has a resolution. Following that time, a determination on the status of that student-athlete as a member of the EIU track & field program will be determined.”