The history of Lantz Arena 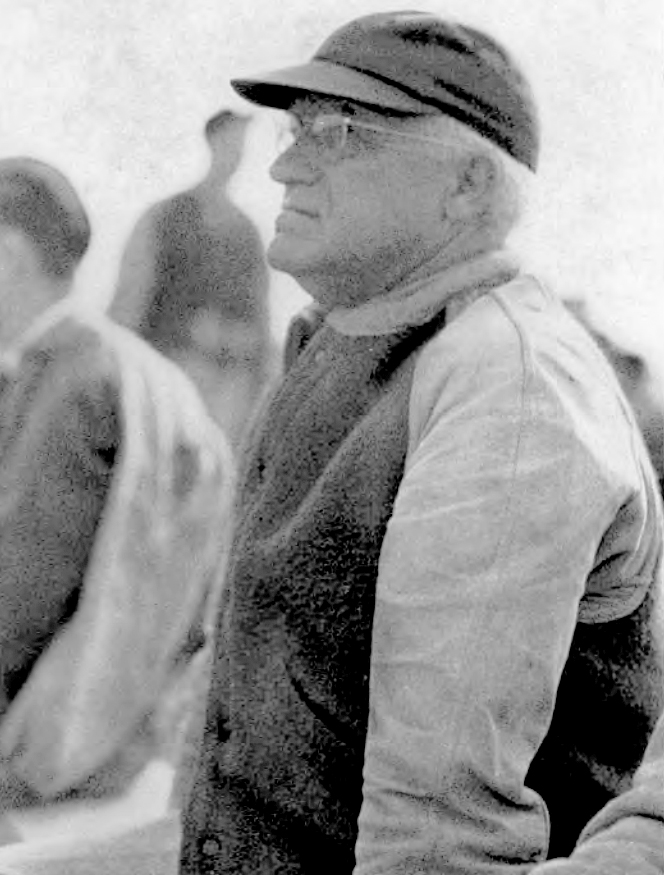 Photo from the 1941 Warbler. Coach Lantz controls his emotions.

2021 is the 54th year in the Lantz Arena Complex’s history, and will begin its winter sports season with a women’s basketball exhibition Wednesday evening.

The arena holds the basketball and volleyball courts, the Ray Padovan Pool and the indoor fieldhouse. It can seat 5,400 people and has also been used for concerts, including a Kesha concert in 2017 and a Fetty Wap performance in 2018. The arena can also host graduation ceremonies, according to the complex’s page on Eastern’s website. The fieldhouse hosts the Ohio Valley Conference Indoor Track and Field Championships.

According to a thesis about Lantz written by Charles Flamini, Lantz was born on December 14, 1884 in Harrisburg, Penn. Twenty years later, he began attending Gettysburg College, where he played football, baseball and basketball, which Flamini referred to as an “oddity,” given he had never played basketball in high school.

“In reference to Lantz’s football coaching John Powers felt that his discipline was the decisive factor,” it reads. “The discipline was tough but it was dealt out in a constructive manner.”

Maurice Foreman, a captain of the basketball team in 1926, is also cited in Flamini’s thesis describing Lantz’s coaching style in basketball.

“1. He would get extra performance out of you by discussion not emotion. 2. He believed you learned to play by playing not by repeating fundamentals. 3. He believed in doing things as simply as possible,” it reads.

When Lantz arrived at Eastern, he began creating physical education classes where all male students were required to meet for two hours a week, according to the thesis.

As intramurals developed at Eastern, Lantz supported them and explained why in a 1933 statement included in the thesis.

“I believe that participation in games develops honesty, loyalty, sacrifice, manliness and concentration,” it reads. “In games a boy is free to pick and choose for himself; he is guided by his own judgement. Here he has an opportunity to show not only his skill but his character as well. Each time he refuses to cheat he has added a cubit to his moral structure. If character traits can be developed by participation in games that alone justifies a place for intramurals in activities.”

Lantz died in 1962 and was posthumously inducted into Eastern’s first class of its athletic hall of fame in 1982.