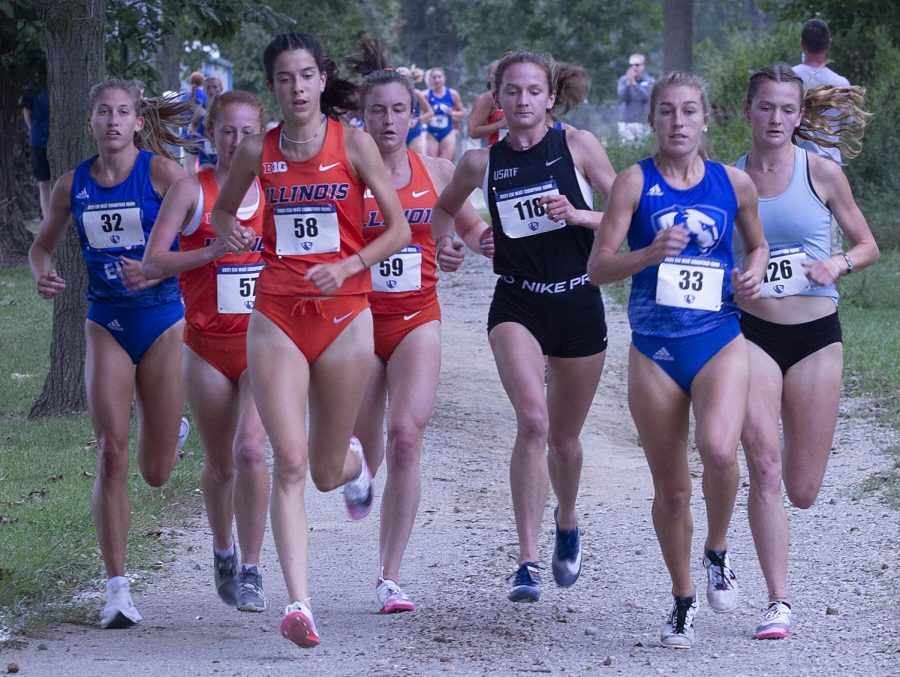 The Eastern men’s and women’s cross country teams are set to compete the OVC Championships on Saturday.

The men’s team will be heading to Nashville looking to defend their conference title from last season, when they won in the spring to pick up their eighth title in program history.

The men’s team will enter the championship this year as the supposed favorite. The Panthers are currently ranked sixth in the Midwest region, making them the highest-ranked OVC team.

This season, the men’s team won the EIU Walt Crawford Open to open the season, then placed second in the John McNichols Invitational, third in the Louisville Cross Country Classic and second in the Bradley “Pink” Classic.

Hatfield also has the top 8K time in the OVC this season at 23:28.2, which also set a school record. He has two 8K times this season that rank in the top five in Eastern history and seems a likely candidate for Runner of the Year, which will be announced Friday.

Jaime Marcos has also won a Runner of the Week award this season.

Of the top 10 runners in the 8K this season in the OVC, seven are on Eastern.

The Eastern women’s team also enters the weekend in a good spot.

They have the top two 5K runners in the conference in Lindsey Carlson and Kate Bushue.

Carlson has won Runner of the Week a staggering four times this season, which is her first at the college level after having played four seasons of soccer and a season of track at Eastern.

The men’s race will begin at 9 a.m. Saturday and the women will start at 10 a.m.