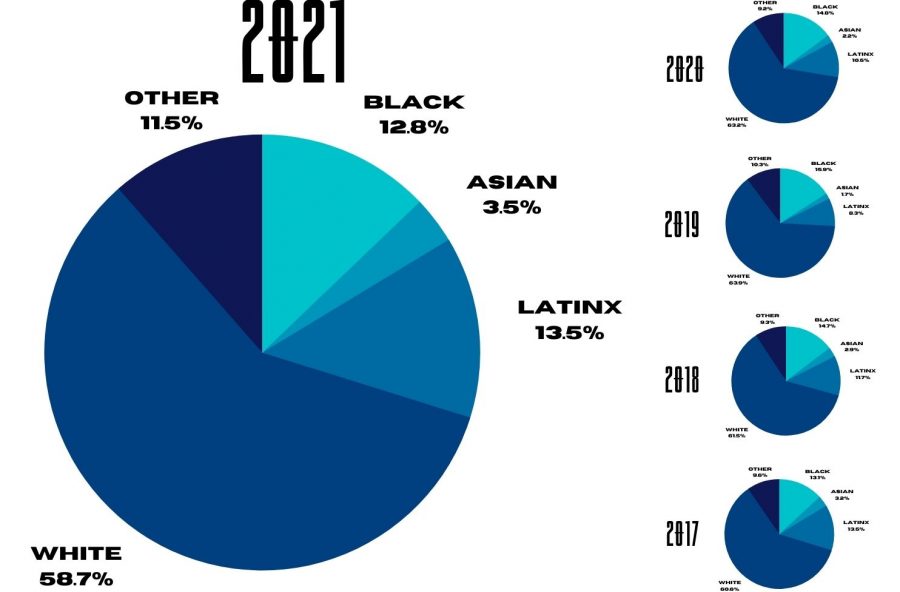 Eastern students are more diverse than ever with 41.3% of students being people of color.

Twenty years ago, Eastern’s student body was 87 percent white. Today, it is 58.7% white.

Data is unavailable for 2021, however, 2020 data shows that Eastern’s faculty are becoming increasingly more diverse.

According to educationdata.org, nationwide, 55.2% of college students are white, 19.5% are Latinx, 9.6% are Black, seven percent are Asian, three percent are Pacific Islander, 3.9% are two or more races and 0.7% are Native Americans.

According to the National Student Clearinghouse, a nonprofit research group, during the 2020-2021 academic year, 59.5% of college students were females.