Homecoming events for the weekend 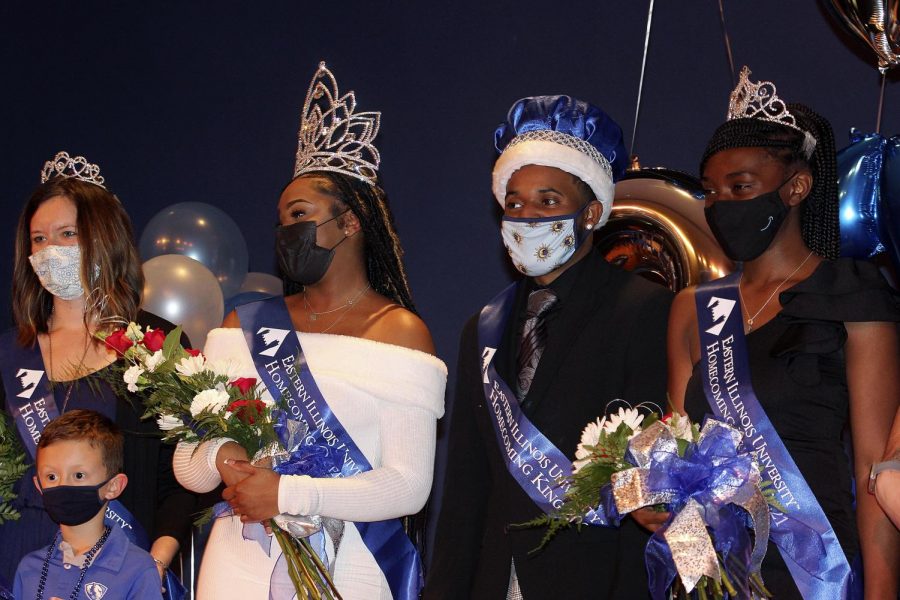 Homecoming Queen Jacqueline Williams, a senior kinesiology major, is honored by the crowd at Homecoming Coronation. Coronation was held Monday night in the MLK Union Grand Ballroom. Williams said when it was announced that she won, she couldn’t believe she had won and that she stood there shocked for a moment.

Homecoming weekend has arrived, and Friday and Saturday will see events like the parade take place.

This Friday will see the weekly Selfie Fridays Photo Contest continue, where participants can post pictures of themselves on social media in their 2021 EIU Homecoming Spirit T-shirt and have the chance to win various gift cards.

Field Day is also on Friday afternoon from 1-3 p.m. in the Library Quad and according to Eastern’s homecoming website, “This fun-filled event will feature races, team games and over-sized games for giveaways and prizes.”

The classes of 1970-71 will celebrate their 50th anniversary Friday afternoon in the MLK Jr. Union at 4 p.m.

Across the sidewalk in McAfee Gym there will be a pep rally from 7-9 p.m. that includes spirit contests and the introduction of Eastern’s Royalty Court.

Saturday starts with a Rotary Pancake Breakfast in the Dirty’s Bar and Grill parking lot from 6:30 a.m. to 10:30 a.m.

According to the homecoming page, the proceeds will benefit local charities.

The 23rd annual Homecoming 2.5k Race, which starts at 9 a.m. and is sponsored by Eastern’s recreation department, will take runners and walkers around the square to the finish line in front of Old Main.

The Homecoming Parade starts at 9:30 a.m. and will go from 6th to 7th St. According to the homecoming page, the annual tradition features an estimated 100 vehicles.

John Schmitt, Eastern Class of 1976 and 1978, is this year’s HC Parade Grand Marshal, a title awarded to “an individual(s) who have made significant contributions to the EIU mission, vision and community.”

Homecoming weekend wraps up with an alumni awards dinner. There will be a cocktail reception at 6 p.m. and the awards dinner and ceremony is at 7 p.m. Tickets are $30 a person.