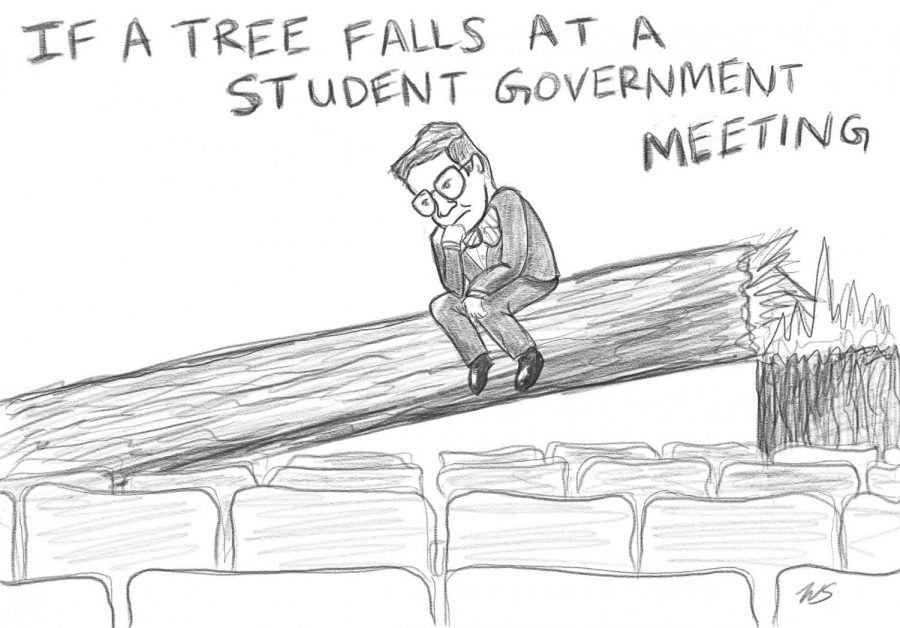 Eastern’s Student Senate has been hobbled this year as meeting after meeting, it fails to meet quorum.

There are currently 16 senators in place, and 15 of them must be present to meet quorum and allow the senate to make any official decisions.

The goal for membership is 18 senators, allowing some more space for individuals to miss meetings, but as it stands, it is even more important for each senator to be present.

Still, they don’t show up to the meetings.

We can’t know what may be going on in these senators’ personal lives or their exact reasoning for not being present, this still raises the question: Why join this body of government if you are unwilling or unable to participate?

When it comes to something like student government, that minimum attendance is in place to make sure that enough of Eastern’s student body will have a voice in each vote and decisions don’t come down to a few people.

These senators knew this when they ran for the positions and were elected by the student body.

By ignoring the duties they were entrusted with, they have forced our student government to become ineffective.

We at The Daily Eastern News ask that members of Student Senate reassess their decisions and put in the effort to be there.

Don’t let Eastern’s student government idle like this. You were chosen as voices for the rest of us.

Be there to represent us.