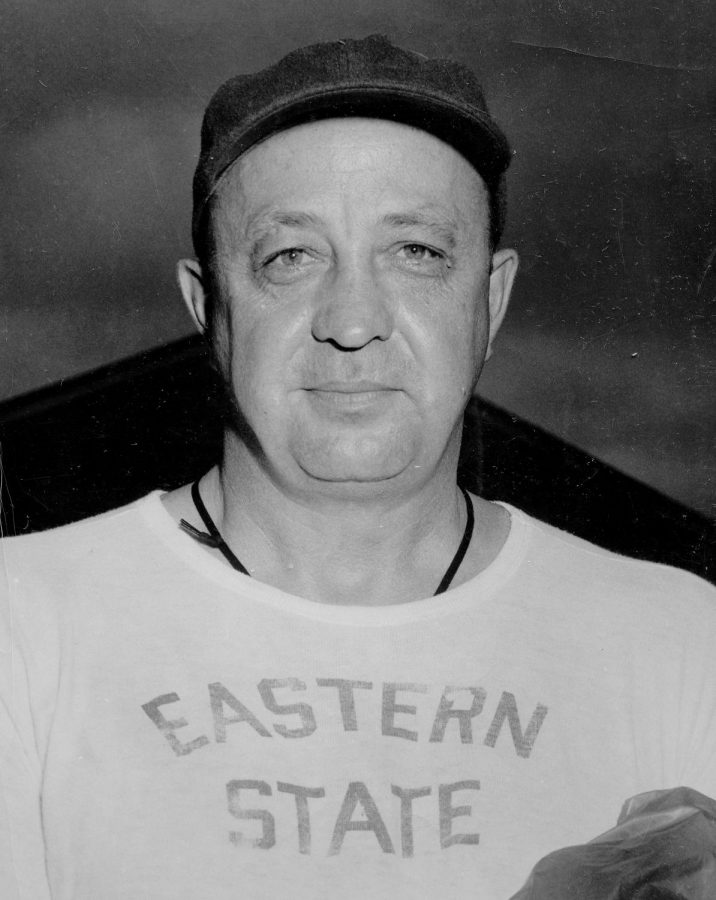 O’Brien Stadium will hold its 51st homecoming game on Saturday since the completion of the building in 1970.

The stadium was named in honor of Maynard “Pat” O’Brien shortly after his retirement in 1974, according to his obituary in the Chicago Tribune.

In his nine-year football tenure, he led the team to their first bowl game.

O’Brien served in the U.S. Navy during World War II for three and a half years and left with a lieutenant commander rank, according to the obituary.

O’Brien is a member of Eastern’s first Hall of Fame class, inducted in 1982, along with the likes of Charles Lantz, a former coach and athletic administrator.

The obituary also mentions that he was a former member of the U.S. Olympic Committee and a coach and administrator at four high schools between 1931 and 1942.

O’Brien’s athletic tenacity is detailed in a 1974 master’s thesis written about him by John Melvin Craft.

“He particularly recalled that his father had a rule requiring him to be home at 4:20 p.m. each day,” Craft writes. “But since school was dismissed at 3:50 p.m., he would engage in a hefty game of basketball as long as possible, and afterwards he would run home.”

The thesis goes on to mention O’Brien’s answer to a question about what it takes to produce a good cross country team after the team won their second consecutive championship in 1969.

“Dedication and the willingness to sacrifice and prepare for a task that has to be done,” O’Brien said.

The stadium, which went by the name of Lincoln Field until it was renamed in 1974, has undergone projects since its 1970 completion, including a $2 million renovation called “Reach for the 21st Century,” which, according to eiupanthers.com, included a locker room, expansion of the weight room and training facilities and new meeting and video rooms.

There was also a new turf installed in 2012.

A release from a Sept. 1985 edition of Panther Sports News detailed the announcement of a project called “Brighten O’Brien,” which was “a $450,000 fundraising campaign to improve facilities at O’Brien Stadium.”

The release details the allocation of funds to certain areas.

“Primary improvements include $180,000 to install a new artificial track and $150,000 for lights. Plans also call for renovation and expansion of the pressbox, artificial turf on the football field sidelines, a new flagpole and operations revenue for general upkeep.”

Eastern’s athletic director at the time, R.C. Johnson, is quoted in the release explaining the benefits of being able to play under the lights.

“By installing lights we’ll have the option to play at night to avoid conflicts with major TV games or the University of Illinois…plus give us some relief from the hot afternoons early in the season,” Johnson said.

Since the stadium’s construction, Eastern football teams have gone 177-94-3 at home, including at least one undefeated home record every decade.

Most of the top-attended games have been Parents Weekend or Family Weekend games, according to Eastern’s football record book, with the highest attended game being a 14-9 victory over Northern Iowa on Nov. 9, 1980, in front of an attendance of 12,600.

The lone homecoming game in the top ten of Eastern’s highest attended games is a 55-33 win over Southeast Missouri in 2013.

This year’s game will be the first of the decade, since there was no homecoming game due to a COVID-19 shortened 2020 season that took place in the spring.