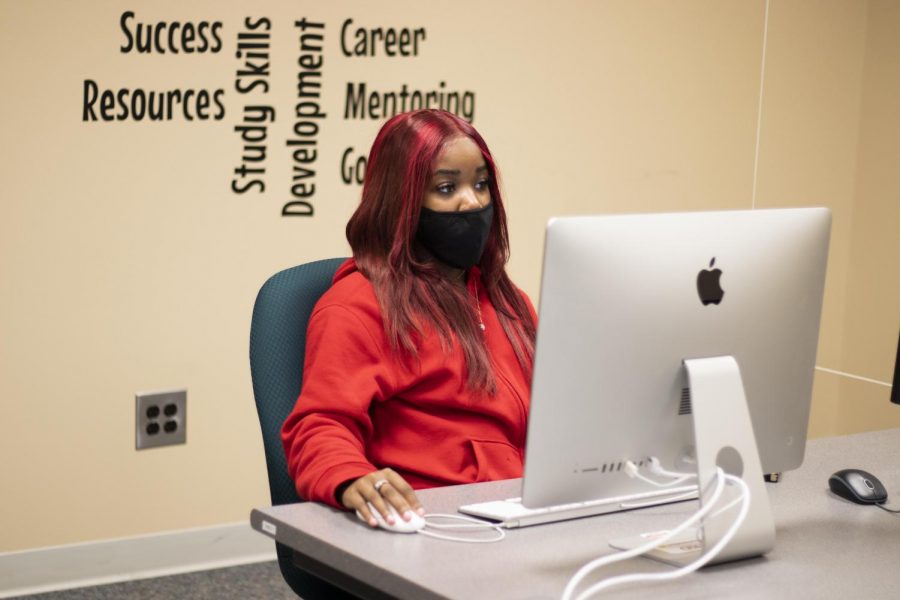 Universities are becoming more diverse, and a major reason for this is the push on first-generation students.

Even though Eastern has programs tailored to this group of students, life on campus still poses a separate set of challenges for those who are in the first generation of their family to attend college.

One of the largest programs for first-generation students is the TRiO program.

This program is funded federally and specifically targets first-generation students.

Maggie Burkhead, the director of TRiO, said that it’s important for first-generation students to have support and resources to help their transition to college and to help them stay successful throughout their time at Eastern.

They provide tutoring and academic advisors that help students stay on track. Sometimes the problems aren’t that specific though.

“I’ve had students who’ve come in like ‘Ms. Maggie, I just need to vent,’” Burkhead said.

Without being able to ask their parents for advice like other students, they have to find others to turn to.

This is why every student in the TRiO program is assigned someone to talk with one on one.

“A lot of our first-generation students find that it helps to have a professional person on a level higher than what we do in TRiO,” Burkhead said.

Along with first-generation students, TRiO targets low-income students as well.

Most of the time, students who are in one category fall into the other as well.

Since these students parents don’t hold a college degree, they normally don’t have high-paying jobs, which causes the students to be low-income as well.

Burkhead said this is why TRiO services are so important.

They offer free printing and tons of scholarships.

She also said that there are a lot of other resources on Eastern’s campus to help first-generation students.

While TRiO holds workshops to help students find jobs and internships in their field of study, other resources like Career Services help students decide what they actually want to do.

Joseph Mulconrey, a sophomore exercise science major, said that being a first-generation student does cause some difficulties when it comes to talking to his parents.

Mulconrey said that this is just one of those things his parents can’t relate to him on.

“They’re not able to help me talk about certain situations that they never got to experience themselves,” Mulconrey said.

Caleigh Parsley, a sophomore nursing major, said that while her parents did have some college experience, they didn’t live in dorms and it wasn’t enough to help.

Pasrley said she had to find ways to get her questions answered; she uses Google and asks her friends, but her advisor is the main person she turns to when she has questions.

“They’re helpful, sometimes they take a little longer to answer than I would like, but I also know they help a lot of students,” Parsley said.

Parsley said that while there are some challenges to being a first-generation student, it’s bittersweet.

“It’s sad to think about, but it’s also really cool that I’ll be the first one,” Parsley said.