Homecoming Week to kick off Monday 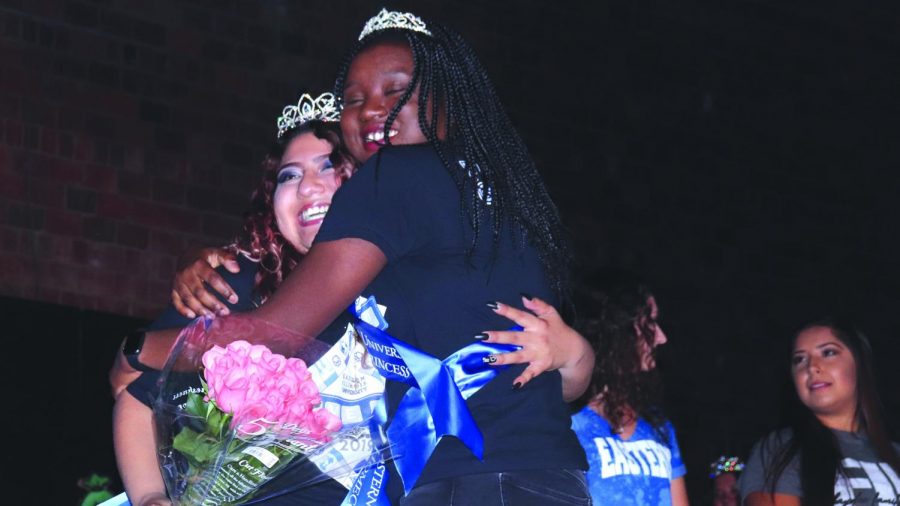 Homecoming Week will begin on Monday with the Homecoming Week Kick-Off and the Royalty Coronation, kicking off a week of events for the Eastern and Charleston community to partake in.

Homecoming Week will start on Monday and end on Saturday.

The kick-off will include food and drinks, games, prizes and giveaways.

Ashley Richardson, a senior special education major, is this year’s Homecoming Coordinator. Richardson said that the kick-off is “something to get out in our quad and just get excited for Homecoming Week.”

“We’re gonna have some football tosses. We’re gonna have this inflatable ax-throwing game, the bags or cornhole, as some people call it, and just a bunch of other things,” Richardson said.

In past years, the coronation has happened during the pep rally, but the committee decided to have the coronation at the start of the week rather than at the end.

“It is a little more semi formal, business casual event event for the students who are on the court, and we’ve told them, if you’re bringing someone, they don’t necessarily have to be dressed up, but it’d be kind of cool to see the students in the crowd dressed up as well,” Richardson said.

Richardson said she is excited to see campus “bustling again” and to see “students come out to the events,” especially considering that last year, Homecoming Week was done virtually due to COVID-19.

“We’re anticipating a pretty good turnout, based on Welcome Back Weekend and all the stuff that we had,” Richardson said. “We’re really excited to allow our freshmen, who had about two years of not being able to do anything, an opportunity to get back into the groove of things.”

She said that as a college freshman, she is excited to experience her first Homecoming Week at Eastern.

“In high school, I was always excited about our homecoming week,” Gonzalez said. “During my senior year, we were fully virtual and not able to have any events with our graduating class. Being able to experience my first college homecoming will be a memory I can hold onto and look back on. Many of us are excited to get that traditional homecoming week that we weren’t able to get last year.”

The Homecoming Week will include many other events for the community to attend, including scavenger hunts, a faculty luncheon, a field day and more.

On Friday, Eastern will have its Homecoming Pep Rally from 7 to 9 p.m. in the McAfee Gym, an event that was not held last year due to COVID-19.

Richardson said she is excited for the pep rally because students will get “to see the different performances we’re going to have.”

Gonzalez said she is also excited for the pep rally.

“My high school’s pep rallies were always full of fun and games and I am ready to get back that sense of normalcy and see everyone,” Gonzalez said.

This Homecoming Week will also see the return of the Homecoming Parade, which was also canceled due to COVID-19 last school year. The parade will be held on Saturday at 9:30 a.m. on 6th and 7th Street.

Homecoming Week will also come with many opportunities for students to volunteer at the week’s events.

“Volunteering/community service is a huge deal for us during homecoming,” Gonzalez said. “Giving back and having a positive reaction is what makes it more meaningful. For our community, we have ‘Paint the Town Blue’ and ‘Big Blue Give’ which are about donating canned goods and showing EIU pride. We wanted our community to get involved in these opportunities because we want them to feel that they’re making a change in the community and on campus. After all, they’re helping our students out.”