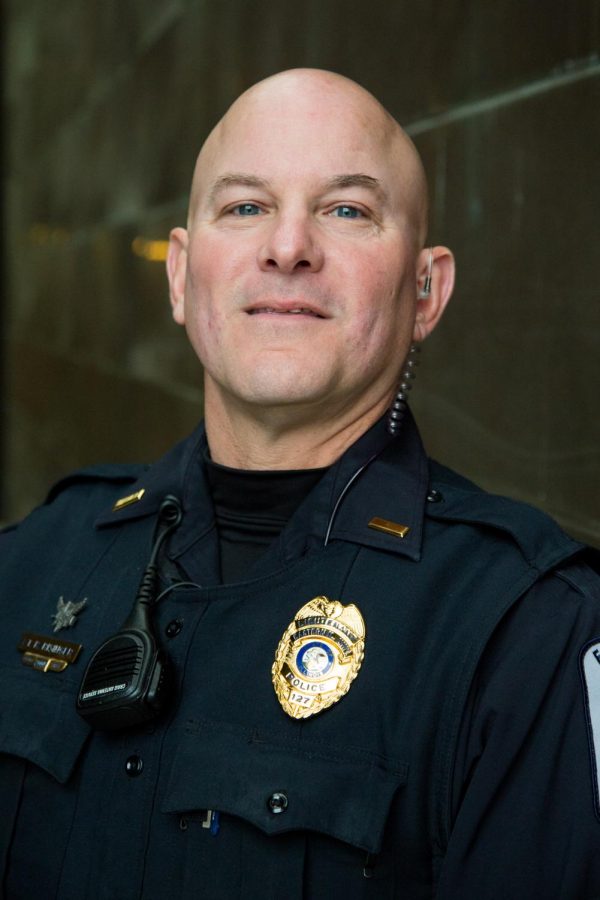 Ryan Risinger, current active chief of the Univeristy Police Department, is a candidate for the position of UPD Chief.

The current acting chief for the University Police Department is one of the candidates for the permanent position of Eastern police chief.

Ryan Risinger has worked for UPD since 2005 and says that his relationships to students, faculty and the Charleston community have encouraged him to pursue the role of chief.

Before he was put in place as acting chief, Risinger was serving as a lieutenant.

“I have an excellent working relationship with the other local law enforcement agencies in the county,” Risinger said. “Becoming the Chief is a natural progression in my career path and I am looking forward to serving University and surrounding community as the Chief of Police.”

Risinger said he feels that the rest of the department has a good relationship with Eastern’s student population as well.

In recent years, activist groups and the political climate in the U.S. have changed many peoples’ perspective on the police as an institution. Risinger said that recent events may have left students with “feelings of mistrust and even fear of law enforcement in general.”

Risinger said that he wants to work on reconnecting with those students.

“I plan on being available to these students,” Risinger said. “I will reach out to the Registered Student Organizations to help make the introductions and get the conversations started. Open communication is a key to creating good relationships.”

Risinger said that the previous chief, Kent Martin, left the department running smoothly so he only has a few changes he plans to make.

Along with student outreach, Risinger plans to make changes to the department’s tactics for recruiting new officers if he is chosen for the position.

“We have a great opportunity here at EIU to get the Sociology/Criminology-Criminal Justice Department involved to help develop qualified candidates that are already on campus,” Risinger said. “I will also work on retaining the fine officers that are currently serving on the department.”

As acting chief, Risinger has been heading the department’s efforts to prepare for Homecoming Week and ensuring that everyone on campus will be safe during the events. He said that this preparation made for a busy first few weeks as acting chief.

He expects that the biggest challenge that will be faced by the new chief is getting the department up to a full staff.

UPD will be hiring and training several new officers in the next year, according to Risinger. The state of Illinois requires a series of training for new officers including segments about civil rights, mental health, sexual assault and cultural competency.

Risinger was the first of three candidates to participate in open sessions for Eastern’s student body to learn about their potential new chief.

There were originally four candidates, but the third candidate, whose name has not been released, withdrew from consideration for the role to pursue other opportunities.

The final candidate’s open session will be held on Friday, Oct. 22 at 3 p.m. in the Paris Room of the Martin Luther King Jr. University Union. That candidate’s name will be released the day before the open session.