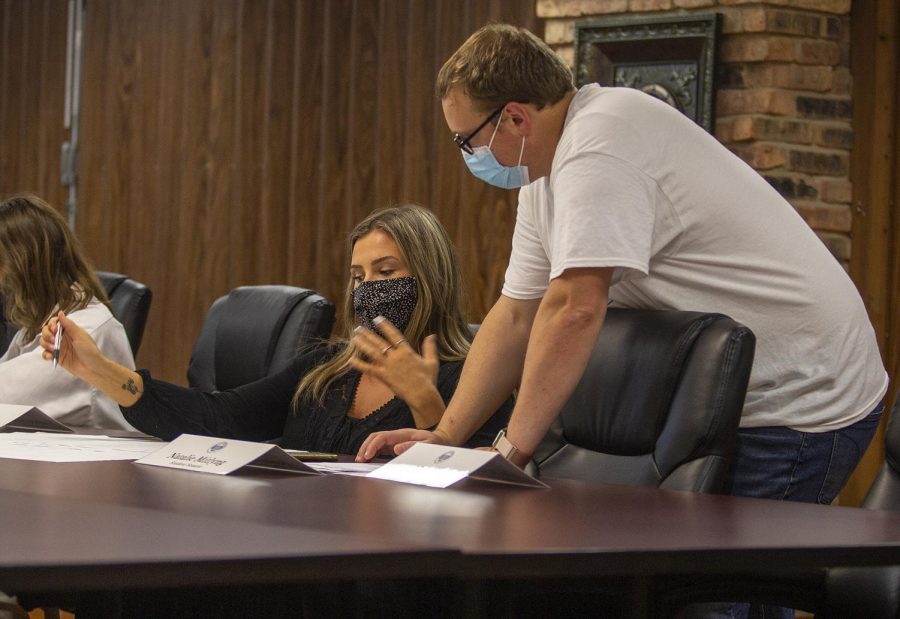 “We have 16 senators and we’re trying to get to this number up, we have struggled to meet a one for one, because at this point, we have committees decided and up and running,” said Karki.

“There is also an announcement about last week’s meeting, and an oversight about quorum and EIU student population that was made. The quorum of student government is based on the size of the EIU student population and the increase with the Fall 2021 semester was large enough to change the student government quorum. The quorum requirements for Student Government meetings is now 15 senators.  This change in quorum requirements for the Student Government Association has caused last week’s meeting to now be classified as unofficial,” Ade said. “Any official business that was done during the last meeting will now be moved to Wednesday’s meeting. ”

Last week’s agenda listed voting on multiple appointments to different committees, such as: Faith Nuss to the WEIU Advisory Board, Grace West and Jason Tabit to the Student Dean Advisory Committee, and Billie Frazier to the University Naming Committee.

However, these appointments will occur this week as well due to the quorum change.

This week’s meeting will have more senators appointed to positions including Billie Frazier to Library Advisory Board and Committee on Bylaw Revision Adoption and Joseph Gregory to the Council of University Planning and Budgeting.

“Currently we don’t have a speaker and our executive vice president Payton Ade is also serving as the Interim Speaker,” Karki said. “Ade is currently working on binary present committees, so we’re trying to get students into revising the ideas of the Student Government.”

Members of the Executive Board will present their reports before the senators about different events and appointments.

After any committee reports of announcements have been made, the meeting for Wednesday will be adjourned.