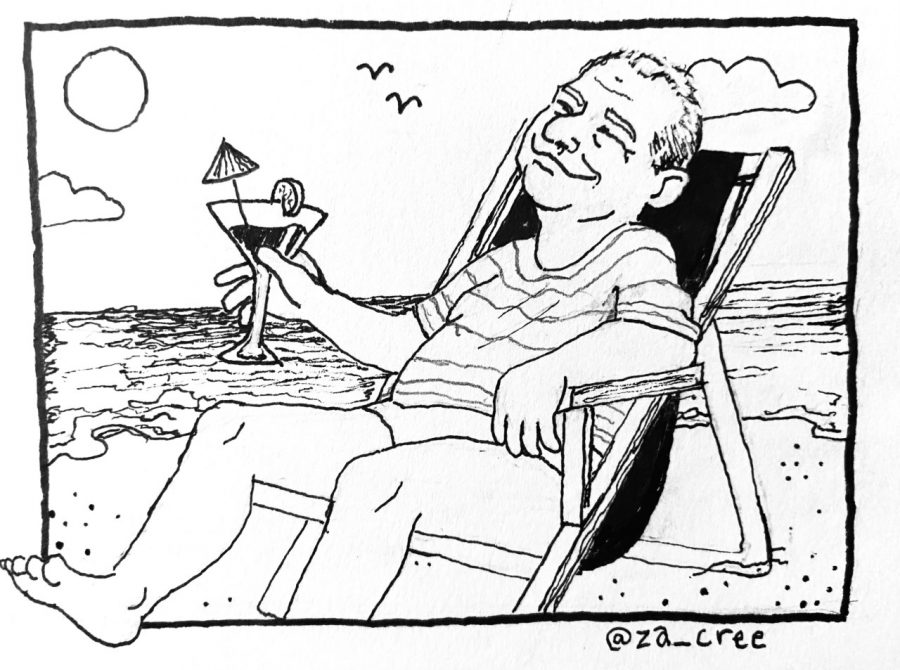 The first time I met President Glassman, I was covering my first story for The Daily Eastern News.

I was a scared freshman, covering my first story and I had to approach Glassman (who at the time still scared me to death).

He, of course, was like any other person I could have interviewed and the nerves quickly subsided.

Now as I’m in my senior year of college, I could not tell you how often I have talked with Glassman, whether in interviews or casual conversation. Each time, it gets a little easier to talk to him.

Throughout those almost four years, I have also developed a fair amount of opinions on Glassman.

By no means do I agree with everything he has done or decisions he has made for the university (trust me, there have been plenty of things for us to differ on), but at the end of the day, I have no questions as to his dedication to Eastern.

Glassman has gone through two major events that could have brought Eastern to its knees, a budget impasse and a global pandemic.

The budget impasse seems to have defined his presidency in many ways, from what I have heard from those who were here to witness it. Glassman was left to make tough decisions for the university right off the bat and I believe that has followed him in many ways.

From budget cutbacks to layoffs, Glassman was forced to make decisions I would never want to have to make.

During an interview with him following his State of the University address, he opened up briefly about the impasse and shared that he felt it was an “extremely difficult, unnecessary and crippling action, relative to our campus,” one of those few things I mentioned that we agree on.

Beyond his actions to keep Eastern’s doors open amid a financial crisis, even I have to admit keeping the university up and running during a global pandemic is quite a flex.

I know I wouldn’t want to run an institution full of rowdy college kids who can barely keep a floor bathroom clean, especially not during a pandemic.

While, yes, all of these successes were able to happen because of a myriad (I’m stealing that vocab word from his SOTU address) of people at Eastern, it was his face attached to every move the university made. And (excuse my language) when the shit hit the fan, it was him that everyone looked to for the next steps.

Glassman, we have had our fair share of butting heads and I imagine we’ll have a few more before I get out of here, but I want to congratulate you on this next step in your life (though it seems it’s a year out).

You’ve earned it. (But don’t expect me to go any easier on you. I’ll see you at BOT in a couple of weeks.)