City Council to vote on $7.4 million contract on Tuesday 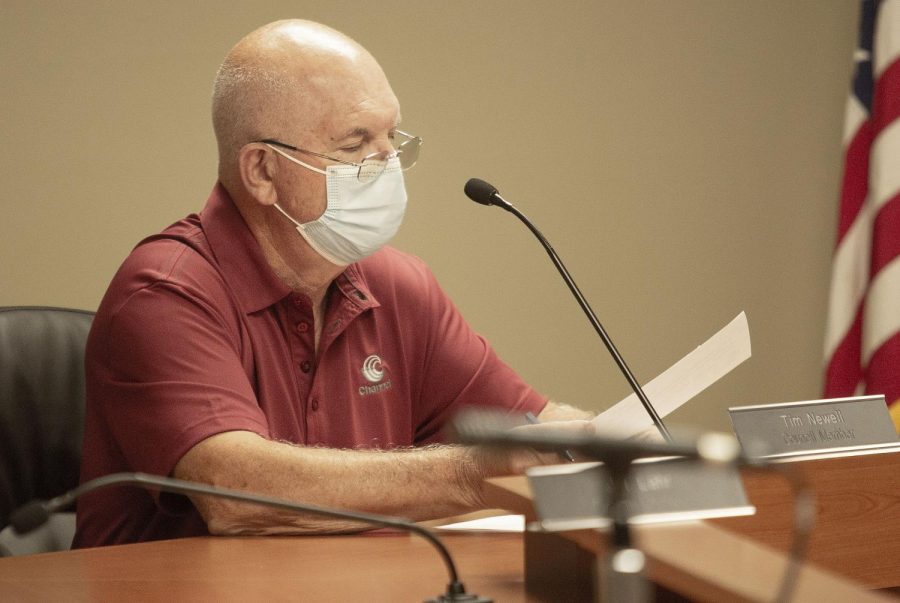 Charleston’s City Council will vote on whether to approve a bid for a Wastewater Treatment Plant Nutrient Removal Project.

The lowest bidder for the project was Williams Brothers Construction of East Peoria Illinois with a contract price of $7.4 million.

The council discussed this project at their previous meeting. The total cost will be $8.5 million once design and construction engineering fees and a 3% contingency required by the Illinois Environmental Protection Agency have been accounted for.

The council will also vote on a resolution that would authorize an agreement with Eastern if approved.

The agreement would allow for a sidewalk to be constructed in connection to the Eastern Illinois University Panther Trail in conjunction with the City of Charleston Bicycle Plan as decided on in the May 1, 2018 council meeting. The connection would be from University Drive to the trail.

The resolution states that the agreement would be in the best interest of the city and the university.

The staff recommendation on the matter is to waive the layover period and approve the item.

The council will vote on a resolution authorizing a special scavenging license for Sanitation Services, Inc.

The staff recommendation will be to waive the layover period and approve the license.

The council will also be voting on several street closures, including one for Eastern’s Homecoming parade.

The council will also vote on the continuation of the local state of emergency.

According to the resolution, “The nature of the emergency is the ongoing Coronavirus Disease 2019 (COVID-19) pandemic of sufficient severity and magnitude that it may result in or threaten the death or illness of persons to such an extent that extraordinary measures must be taken to protect the public health, safety and welfare of the citizens of the City of Charleston, and thereby it has warranted an emergency declaration for all states and local government entities and more specifically within the corporate limits of the City of Charleston.”

Two proclamations will be made during the meeting, one naming October 2021 Domestic Violence Awareness Month and the other recognizing Oct. 3-9 National 4-H Week.

Following the action items, time is reserved for members of the public to address the council. No action will be taken on matters not listed on the agenda, and the Council is not required to take any further action or to discuss the matter further.

The council asks that those who choose to address the council speak into the microphone, limit the presentation to three minutes and avoid repetitive comments.