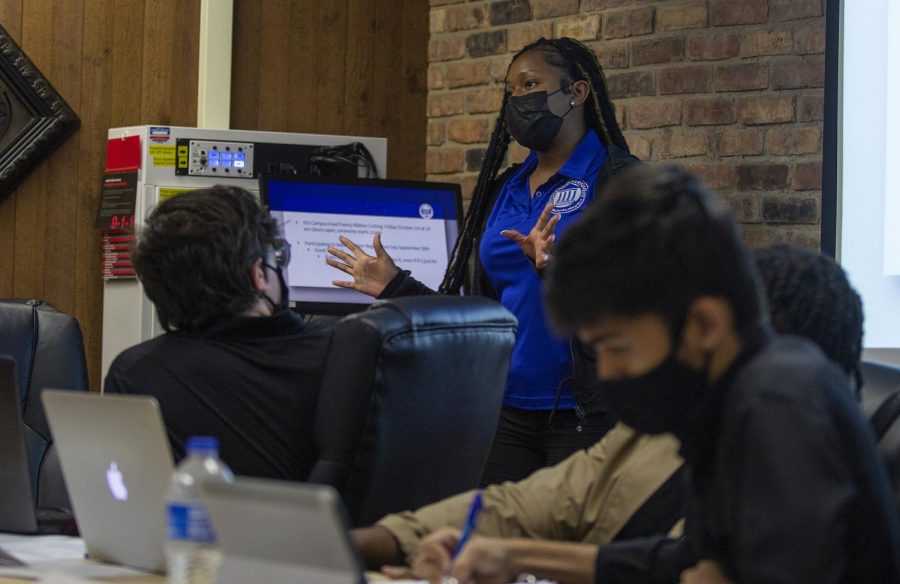 The Student Senate was unable to conduct an official meeting Wednesday due to only ten senators being present for the meeting.

The Senate can have a minimum of 18 senators and a maximum of 30 serving at any given time, according to their bylaws. Currently, 16 students are serving as senators.

The Senate was unable to approve the consent agenda that would have appointed several individuals to varying committees and councils, as well as being unable to hear nominations for Speaker of the Senate.

The Senate planned to appoint several individuals during the meeting:

Until the Senate meets quorum they will be unable to appoint anyone.

Candidates for Speaker must be a full-time student.

The Speaker is the presiding officer over the Senate, the Chairperson of the Council of Chairs, delivers a State of the Senate address, maintains information sheets from each senator, is responsible for breaking ties when necessary and discharges all official correspondence of the Senate, among other responsibilities.

Per the Student Senate Bylaws, the process for electing a new Speaker is as follows:

1) Candidates shall be required to inform the Student Body President of their intent to run in the elections prior to the day of nominations.

2) Each candidate intending to run for the Speaker position will be required to meet with the Student Body President or advisers prior to the day of Speaker nominations.

3) The election shall be governed by Robert’s Rules of Order – Newly Revised.

4) All candidates shall be required to serve one full semester before running for the Speaker position. This semester does not have to be the previous semester.

5) The candidate must be an elected member of the Senate the semester they intend to run for the Speaker position.

6) In the event that there are more than two nominees for the Speaker position, the Student Senate will hold a primary election.

8) They will each be allowed a redress of their platform; however, if they so desire, either candidate may opt out of their redress. Following this, the Senate floor will be opened for discussion. After the discussion has concluded, another vote will be tallied.

Executive Vice President Payton Ade is currently serving as the Interim Speaker of the Senate.

Ceci Brinker, Director of Student Life and adviser to the Student Government, did not give a report during the meeting. Graduate adviser Justin Richards did.