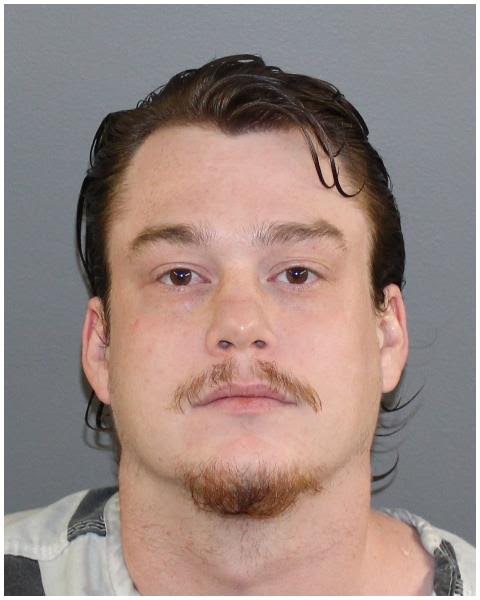 Editor’s Note: This story contains graphic details from a police investigation of a death and police interviews with a man charged in connection with the death.

Joshua Fairchild, a man charged in connection with the death of a Charleston woman, will have his next court appearance on Oct. 4. Recently, a disclosure to the accused, a motion to compel discovery and a motion for discovery were filed in the case.

In a status hearing on Sept. 13, Fairchild’s attorney, Stephanie Corum, stated she is still waiting on a fitness report for her client.

In the same hearing, she requested via a motion to compel discovery that any and all police reports, video recordings and audio records be turned over to the defense in order to assist Dr. Jerry Boyd, the psychologist overseeing the fitness report.

State also filed a motion for discovery of a number of things the state could use in their defense, such as the names and last known addresses of witnesses the defense may call on for the trial, as well as requiring the defendant to appear in lineups, speak for identification by witnesses or try on articles of clothing as needed by the State.

Fairchild has been charged with first-degree murder of concealment of a homicidal death in the death of Cheleta S. Branch, Fairchild’s former girlfriend.

A police affidavit revealed the chain of events leading to the discovery of Branch’s body from their perspective.

According to the police affidavit, police performed a wellbeing check on June 25 at 802 Jackson Ave. in Charleston at the request of Claudine Kent, mother of Branch, whose body was found at the residence.

Police say they attempted to make contact with Branch but were unable to, causing them to leave and return with a lieutenant who noted he smelled an odor he identified as decomposition.

Police began to open the door and Fairchild spoke to the police to ask what was happening and to tell them the front door could not be opened and that he would exit the residence by using the back door.

Police say when Fairchild exited the residence police observed his hands shaking and his face twitching “uncontrollably.” He then denied Branch was at the home and said the smell could be coming from dirty dishes, the affidavit states.

When police requested to walk through the home to look for Branch, Fairchild told them to get a warrant, according to the affidavit.

After getting a warrant and returning to the residence, police say they were able to enter the residence and identified the smell of decomposition as “incredibly strong.” Police could not find anyone in the home but noticed a pile of laundry in the doorway from the living room to the bedroom.

Police began to inspect the pile and say they noticed several insects in the immediate area. They say they then began peeling back layers of “clothing, sleeping bags, towels, sheets and a tarp” until they were able to see human feet with the “toes down and heels up as if the body were (laying) down on its stomach in the pile.”

Police say they then called Coles County Coroner Ed Schniers, who worked with officers and crime scene investigators to peel back the remaining layers until Branch’s body was completely uncovered.

Police say they then began interviewing Fairchild as the scene was processed and after being advised of his constitutional rights, Fairchild agreed to speak to the police.

According to police, Fairchild then told them that around “May 20th, or April 20th, or late April” he and Branch got into a verbal argument that turned into a physical altercation involving a knife. Fairchild said Branch grabbed a knife and in an attempt to grab the knife, he cut his hand before gaining control of it.

Police say he then said he then stabbed Branch in the neck and potentially other areas of the head.

When asked why he did not call the police, police say Fairchild said “in L.A., a dead body on the side of the street isn’t a big deal.”