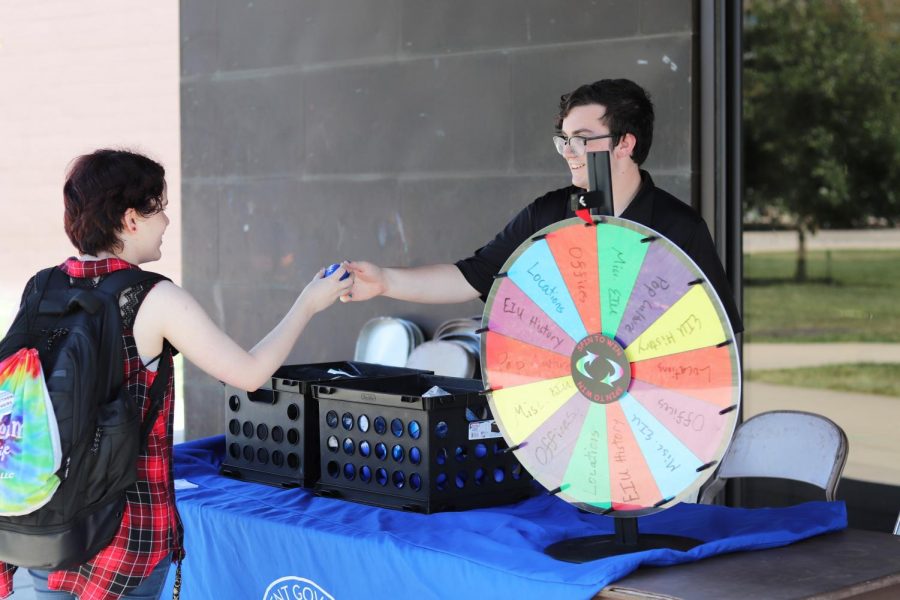 Payton Ade, a sophomore history and political science major and the Student Body Executive Vice President, asks trivia questions about EIU history to students who come up to the Student Government informational table.

Eastern’s Student Senate will meet for the first time in the 2021-22 academic year Wednesday night at 7 p.m. in Seventh Street Underground.

The audience partcipation will occur before reports are given.

The only business listed on the agenda is orientation.