EDITORIAL: What more do you need 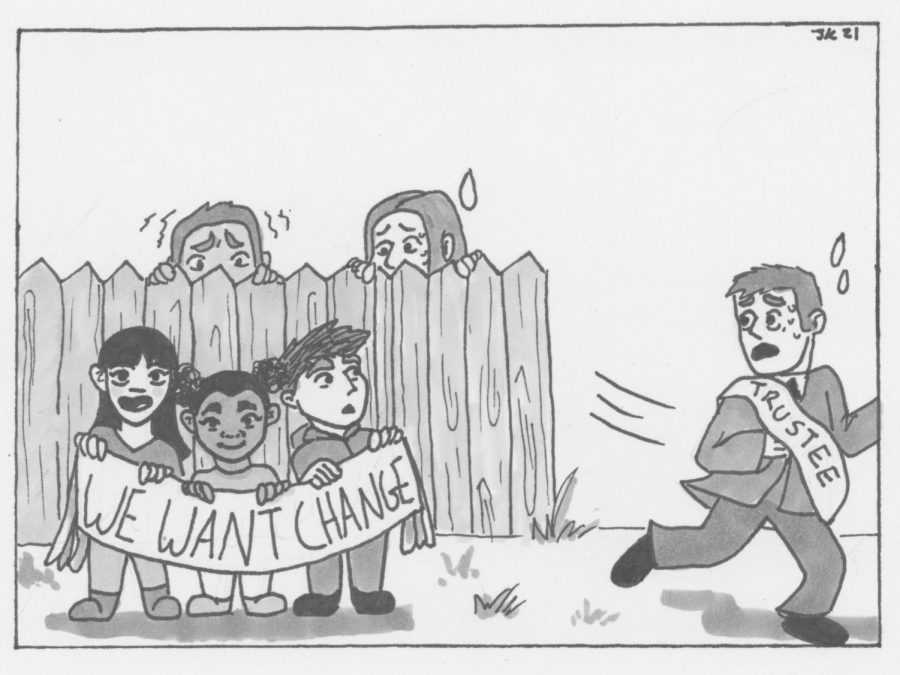 At the Board of Trustees meeting Friday, several members of the Board expressed they needed more information about renaming Douglas Hall, but what more could they need?

This debate has gone on for over ten years.

If you haven’t had enough time to form an opinion maybe it’s time to get out of a position where you are making decisions for over 8,500 students.

It took most students less than five minutes after hearing about who Stephen Douglas was to form an opinion on whether or not he was deserving of naming honors at Eastern.

It is a cop out answer to say you need more information after a decade of debate.

When you are representing an entire state university and its students, you should be more than capable of making a decision and standing with it.

We are all for making sure you are educated on topics before voicing an opinion on them but when you have had ten years to form an opinion and still have not, that’s a sign of incompetence.

Your silence on the matter is deafening. We hope you find your voice soon.