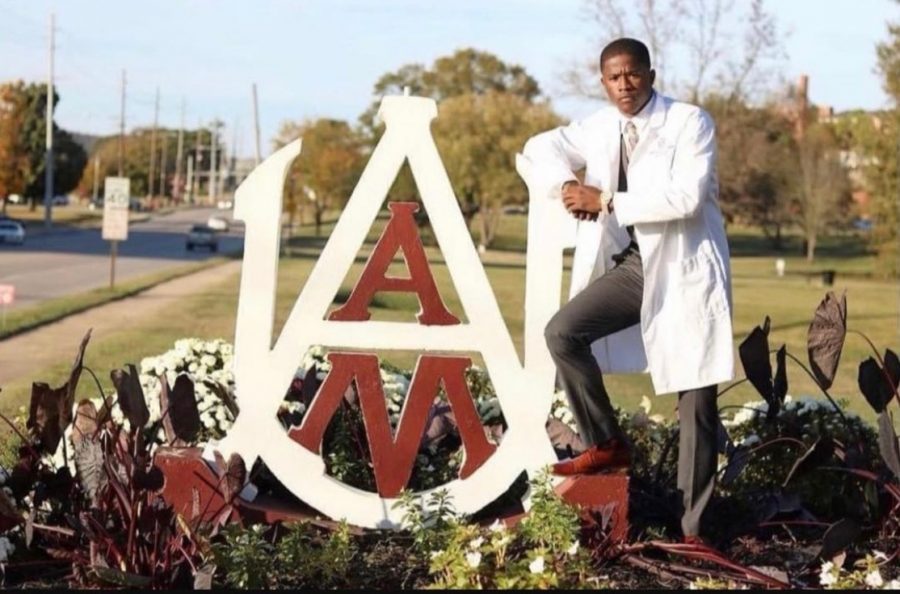 A body found in the Illinois River near Peru has been identified as Jelani Day, an Illinois State University graduate student who was reported missing on Aug. 25. The cause of death was determined to be drowning.

Jelani Day was last seen Aug. 24 in Bloomington, Illinois by the Beyond/Hello dispensary.

He is described as a Black male, 6-foot-2, 180 pounds, with short black hair, brown eyes and some facial hair.

Jelani Day was last seen wearing a blue baseball hat, a Jimi Hendrix T-shirt, white shorts and black shoes, however, he will not be wearing those clothes according to the Bloomington Police Department because his clothes were found in his vehicle two days after he went missing.

The vehicle was found in a concealed, wooded area in Peru, Illinois which is about 60 miles north of Bloomington.

Jelani Day’s family is offering a $25,000 reward for his return and a GoFundMe was started to add to that initial reward. As of Sunday, the fundraiser had over $9,000 in donations.

Jelani Day ran track at Alabama A&M and is a member of Omega Psi Phi Fraternity, Inc. He crossed, meaning he was fully initiated, in the Spring of 2018.

D’Andre Day said his brother is active in his church, is funny and enjoys giving back to his community.

D’Andre Day said his brother is and always has been a kind person.

One of those big dreams is speech pathology.

D’Andre Day said his brother wanted to be a speech pathologist after witnessing a friend with a speech problem being bullying when he was younger.

“The reason why he wanted to become a speech pathologist was because when he grew up he had a friend that had problems with talking, people would make fun of him and (Jelani) didn’t like that people were mocking his friend,” D’Andre Day said. “He wanted to be able to help out so another child wouldn’t feel left out or neglected or feel pushed aside because of their disability.”

D’Andre Day said his brother is also family-oriented and would not leave without telling his family. He added that his brother’s connection with his family is strong, whether it is his bond with his siblings, him donating bone marrow to his father or his dream of having a large family of his own, similar to the one he grew up in.

D’Andre Day said he wants to dispel any rumors going around about his brother and encourage people to look at the sources they receive information from. He said he wanted to emphasize that his brother was not depressed, had no mental health issues and was not a drug user.

“For those who are reading the blogs or any false information put out please don’t believe it. We ask that you respect our family’s privacy but also be empathetic to our situation and put yourself in our shoes,” D’Andre Day said. “What would you do if they were rumors about your brother?”

“We’re hoping to find Jelani alive, well, safe and unharmed… that’s all we want, Jelani to be home,” D’Andre Day said. “We want to hear his voice, his laugh. He could light up a room. You knew he was in a room, you could feel his presence. We just want him back with our family.”

D’Andre Day said he is asking for prayers and help looking for his brother. He added he is grateful to those who have reached out to his family with their support.

“We love our brother so much. I love my brother. I would do anything for him or any one of my siblings…If you know anything, say something. If you have any inclination about who was involved in this, say something, D’Andre Day said. “The ultimate goal is to bring Jelani home.”

“My brother is very special and loved and adored by thousands of people. We just want him to return home safely. We all love him,” D’Andre said. “I love you, Jelani. Please come back to us soon.”