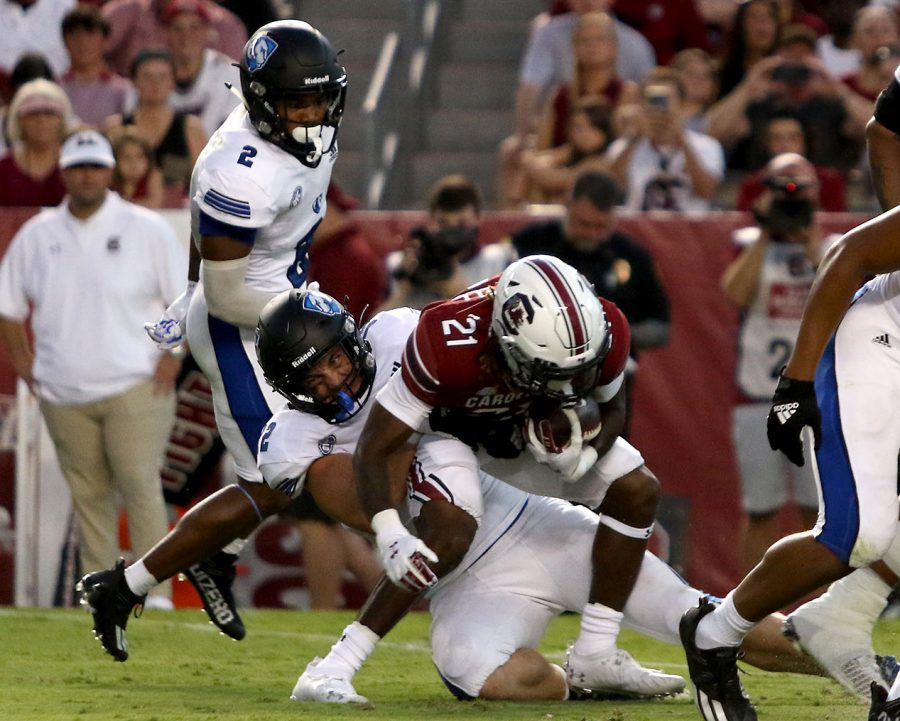 Columbia, S.C.- The Eastern football team played an SEC opponent for the second time in program history Saturday night, losing to South Carolina 46-0. The Panthers fell to 0-2 on the season with the loss.

Eastern gained just 109 yards of total offense in the game, while the Gamecocks gained

Eastern quarterback Chris Katrenick was 12-of-22 passing for 78 yards and a pair of interceptions. The Panthers ran for just 31 total yards, 12 from running back Harrison Bey-Buie and 11 from running back Markenzie Pierre.

Eastern will play next on Sept. 11 against Dayton on the road.