Weekend of concerts ahead 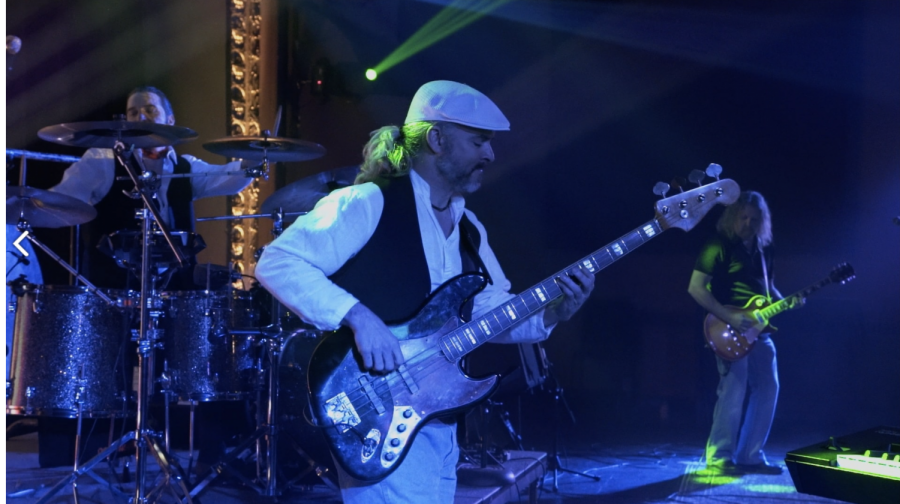 Kelsey Miles to bring the blues to Charleston

Taking the stage at 6 p.m. Saturday during Red, White and Blue Days is Kelsey Miles, an award-winning rock and blues artist from Madison, Wisconsin. According to her description on the event website, “She will take you on a musical celebration of the soul; where you’ll laugh, sing along, and dance the night away.”

Miles has one album to her name, 2019’s “Play It Again,” but said she will be playing songs from throughout her career, including some to be featured on an album she hopes to release later this year. Ultimately, Miles’s goal is to give a crowd tuckered out from a day of celebrating a show they can enjoy and unwind with.

“I’m going to give them an experience. It’s not simply just going to be music thrown at you, it will also be, there might be some stories, some things you kind of reflect on the 4th of July weekend, it’s a fun weekend,” she said, noting that she’d be playing her acoustic guitar and harmonica to accompany her voice, advertised as “one of the biggest voices in Wisconsin.”

Miles was originally scheduled to play in Charleston for the first time for the same festival last year, but those plans, like many more, were put on hold in light of the COVID-19 pandemic. Luckily, Miles used that time to build stronger connections with her fans through livestreaming and her creation of a Patreon, which helped her out in a time where it wasn’t realistic for her to tour.

“Covid actually opened up a lot of things for me, new avenues, I got better at livestreaming… we would do weekly cooking things, ‘Cooking with Kelsey,’ on Mondays,” Miles said. “We stayed connected through it. So if anything it just kind of opened my eyes to other ways to connect through music.”

Following Miles on Saturday evening is Tusk, a Fleetwood Mac tribute band. Having been playing music together for over a decade, Tusk will likely pack a well-oiled, tightly honed punch while performing classics like “The Chain,” “Go Your Own Way” and “Landslide.”

“The songs are all so good that you’re never going to get tired of playing them,” McDonald said, speaking as a passionate fan.

McDonald said the band is grateful they are able to tour for a living and he hopes people enjoy the show they put on everywhere they go.

“We’re happy that people want to come and see it, and we hope that they leave and they’re really satisfied with the show and they feel like they spent their money in a worthwhile way and they had a lot of fun, and maybe they remembered some nice musical memories, because music seems to have a lot of memories for people,” McDonald said.

Wrapping up the musical festivities on Sunday afternoon is the variety dance band Pizzazz, who “appeals to those that just want to sit and listen to a wide variety of music done with a flare,” according to the event website.

Pizzazz guitarist Bob Wilcott said that he views his band’s work as trying to give people a place to relax and enjoy some music after a long week.

“We kind of look at it like, people work all week, and it may be that the only thing they look forward to is getting out and socializing on a Saturday night, and trying to have a good time, and we’re there to facilitate that.”

Both Bob and Brenda Wilcott noted that they will play their music just like they always do, regardless of crowd size or the time they take the stage.

“It won’t make any difference to us and how we play,” Bob said.

“We bring the energy no matter what,” Brenda said.

This year’s 4th of July celebration will have a variety of live music as the soundtrack of the weekend, and attendees will be able to enjoy both original songwriting or familiar favorites by some of their most loved artists.

Ryan Meyer is a sophomore  journalism major. He can be reached at 581-2812 or at [email protected]