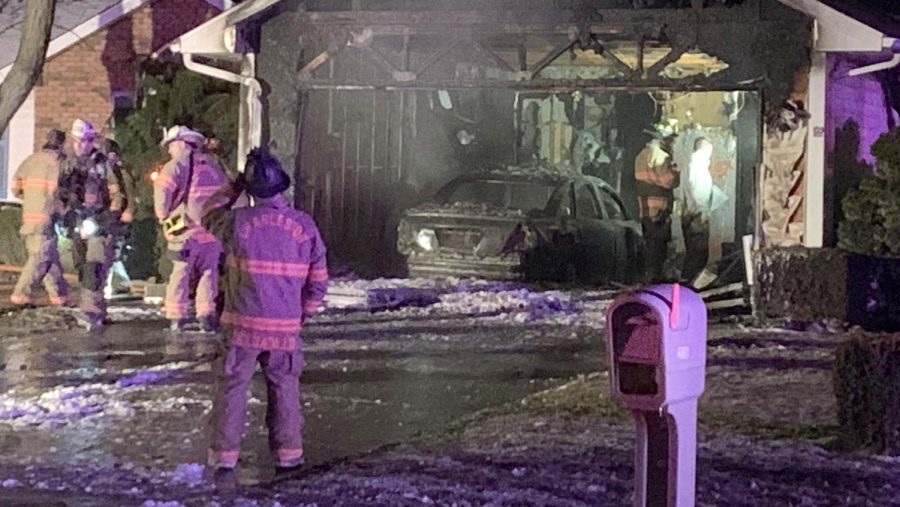 Members of the Charleston Fire Department assess the damage after a structure fire damaged a garage on Rosewood Court Wednesday night.

Lahr’s mother made it out of the home with no injuries. One individual had a laceration believed to have been caused while breaking a window after the fire was noticed.

A family cat was in the home. After firefighters searched for the pet it was found and appeared to be in good health.

A 2007 Mercury Montego appeared to destroyed by the fire.

Currently, the fire is believed to have started in the garage. Charleston Fire Department Chief Steve Bennett said the exact origin of the fire is unknown at this time.

The fire is still under investigation.