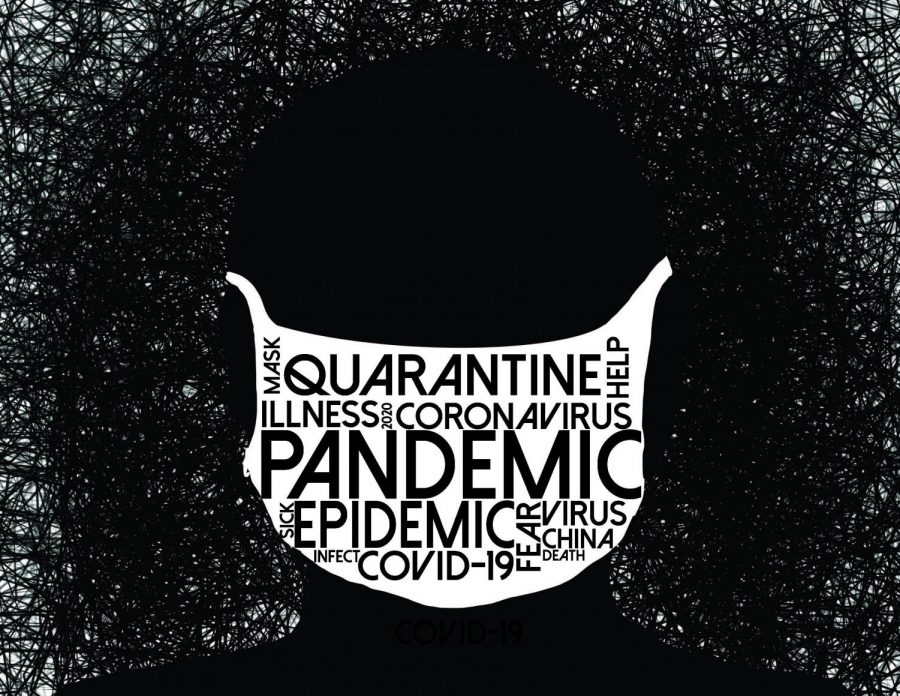 An Eastern student has started a petition to ask the university to give students passing credits for the Spring 2020 semester.

Courtney Cager, a junior accounting major, said she created the petition with the hope “that the university will either guarantee a passing grade (as in Cs and above) for the semester or letting us opt into making our grades pass/fail.”

Cager said the idea came to her because she had seen similar petitions for other schools and how important maintaining her GPA is to her.

“Personally, my goal for this semester was to raise my GPA. So with all of these new rules implicated, I’m worried that my grades are going to be significantly impacted. I’m in my major courses right now, so this is a scary time for me,” Cager said. “Accounting is not a simple major that can be 100% taught through a screen.”

In the petition, she began by commending Eastern’s administration for the work they have done so far regarding the pandemic.

“I think that administrations sometimes forget the human aspect when dictating certain policies. With all these proposals being brought up, it’s important to remember that students are people. I want to raise awareness that this pandemic is affecting students significantly more than they may think. People are unemployed, being forced to move back home, etc. The impact this virus has had on everyone’s mental health this semester is draining, to say the least,” Cager said. “I understand how some are saying it’s ‘lazy’ or a ‘handout’ but that is not the case nor the intent. It’s easy to say those things when you are not in this predicament yourself. If anything, the semester should be postponed, but I think giving a pass/fail option is more beneficial to all parties involved.”

She said that the university should be aware that some students also have stress beyond the classes they take.

“Not only do I have to worry about my schooling, but I also have to worry about finances. My job is in the food and drink industry, so needless to say, they’ve closed indefinitely,” Cager said. “I know that I am not the only one in this boat, so giving EIU students an option to do a pass/fail semester would really help us out! There’s only so much stress we can take.”

Cager said Eastern’s administration should be compassionate toward the campus community when making decisions on how to move forward.

“In-person classes and online classes as a full-time student are completely different scenarios. Students did not sign up to be full time online students and the university should remember this going forward. There are professors who have never taught online courses, there are people with in-person labs, learning disabilities, difficulty of access to internet, and the list goes on. All we’re doing is asking for professors and the university to be compassionate about the situation happening currently,” Cager said. “This semester’s mishaps should not impact my or any other student’s futures due to uncontrollable circumstances.”

She said responses to the petition have varied.

“Some responses have been positive and thankful someone did this. Others have said it’s lazy, a handout, a participation trophy, etc which is ridiculous. Once you take a second to realize the purpose of the petition, you’d understand why it’s none of those things,” Cager said.

Cager said she has found most negative responses to be from alumni.

“It’s naive to think that the alum’s situation in school is comparable to the time we’re in right now. It’s easy to forget how mentally, emotionally, and physically draining undergrad life can be when you’re no longer apart of it. This is a situation that the majority of us have never seen before. Therefore, it requires an atypical approach on how to handle it,” Cager said. “We live in a time where everyone will have an opinion on topics that either concern them or don’t, so I’ve learned to tune the negativity out.”

The petition had nearly 1,800 signatures Sunday afternoon, but Cager said she does not have a goal for a number of signatures.

“I don’t have a target goal number but I wanted enough for the university and for the campus to notice,” Cager said.

Cager said she had a message for administrators who have the power to make a decision on implementing a policy for all students to pass their classes this semester, “know that other universities have already considered and applied this idea. Many students would appreciate this!”