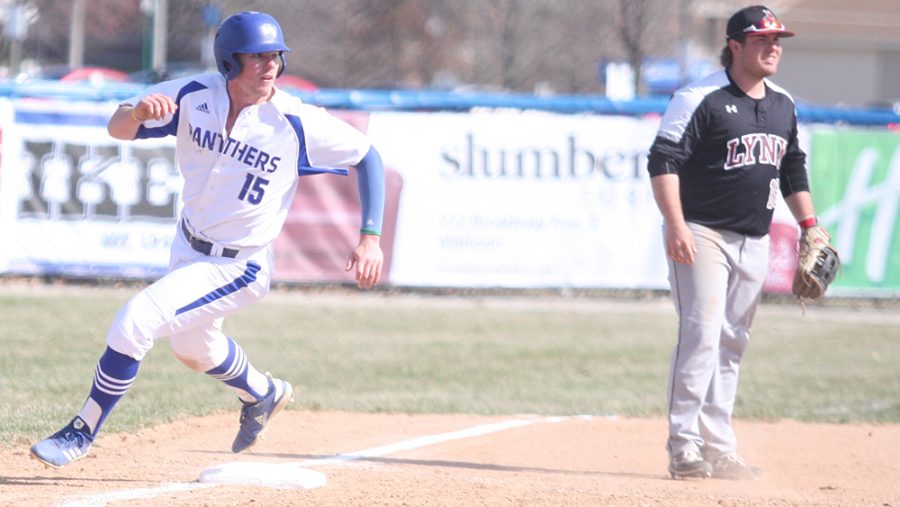 The Eastern baseball team (6-6, 2-1 OVC) downed Jacksonville State (6-7, 1-2 OVC) on Sunday at Coaches Stadium on an 11th inning score from the bat of redshirt senior Dane Toppel to win the first conference series of the year. The Panthers now gear up for a two-game midweek series against Arkansas-Pine Bluff (6-10).

The weekend series against the Gamecocks began with a split doubleheader on March 7 as Jacksonville State posted three earned runs on junior Will Klein despite a nine-strikeout performance before padding two more runs in the eighth and ninth innings combined to take the 6-4 win.

The pitching held strong in game two for the Panthers, though, holding the Gamecocks scoreless as junior Blake Malatestinic went eight innings, allowing just five runs, as sophomore Ryan Ignoffo picked up two RBI and hit a solo homerun in the second inning to give the Panthers the 4-0 win.

As the team moved back to .500 on the year, Anderson said the weekend also showed the team’s strengths from the pitching staff while also shedding light on some potential offensive improvements moving forward.

“There’s no getting around it, we struggled to put runs on the board,” Anderson said. “In baseball, you got pitching, defense and clutch hitting, and we got the pitching and the defense right, but our clutch hitting is very behind right now, so we have to find some guys that can handle hitting with runners in scoring position.”

Anderson said not having as much outdoor practice time and the strong pitching competition have been important factors in the offensive production, but Eastern gets more in-game work today as the team begins its first midweek series of the season against Arkansas Pine-Bluff at 2 p.m. Anderson said the two-game non-conference series gives the team a chance to work with some new looks in the lineup and pitching rotation to get some more experience under their belts.

“The midweeks are crucial,” Anderson said. “We have a lot of guys that haven’t really had the opportunity to play yet, so they’ll get that opportunity. Midweeks are big for developing young guys, so there are a lot of things I like to do using the midweek games to develop players to where the conference weekends are about going after wins and the early season games are about getting ready for conference.”

After the series against the Golden Lions, the Panthers return to conference action with a three-game series against Murray State (9-7, 2-1 OVC) beginning on Friday at 3 p.m.