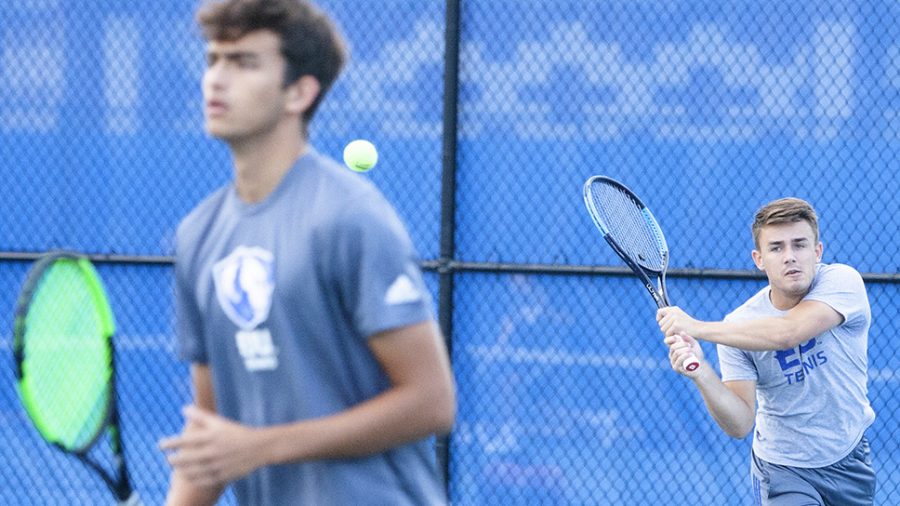 A promising start to the season has been quickly erased for the Eastern men’s tennis team over the last couple weeks, and it could be the right time for them to bounce back.

The Panthers have lost five consecutive matches and sit at 7-6 this year, after starting 5-0. Eastern squares off against Green Bay Saturday and Chicago State Sunday.

This losing streak is the longest Eastern has endured since 2017 when the team lost eight matches in a row.

Senior Freddie O’Brien is coming off player of the week honors just last week, and if things go as planned, O’Brien would sit two wins away from tying the record for most No. 1 singles wins in school history after this weekend.

O’Brien is the second player on the team to win this award, as junior Daniel Hernandez won the award earlier this season.

On the other side of the net, Chicago State won its match last season 5-2 over the Panthers, but since 2007, Eastern holds a 4-2 record over the Cougars and last won in 2018 by the same score.

The results are not quite the same against Green Bay. Since 2011, the Panthers faced the Phoenix just three times and have dropped all three.

As a team, Eastern’s most success in the singles playing field comes at No. 1 and No. 4. The Panthers have a 7-6 record. O’Brien has four wins, juniors Mike Jansen and Logan Charbonneau have one a piece and freshman Pau Riera also has one.

For No. 4 singles, the team’s combined record is 6-6 with senior Gertjan De Wilder and freshman Max Pilipovic-Kljajic having one win each, while two other freshmen in Riera and Christos Kyrillou both have earned two wins.

Hernandez is leading the charge in overall wins with five, opposed to O’Brien and Riera compiling four wins of their own.

Having a lot of depth on this team has caused players like senior Braden Davis to lose some playing time, but for him there are more important things.

“Honestly with the playing time, it’s me being unselfish and not letting it affect my mentally every day in practice and knowing the coaches are always putting out the best lineup to put us in the best position to win,” Davis said. “As with my voice I just think it’s important that with all of these freshmen on the team it is important to help keep everyone, especially the new guys, focused for this most important stretch of the season with conference coming up.”

Green Bay is 3-6 this season and Chicago State is 1-11, with its one victory coming against Prairie State College.