Eastern to face top two teams in the OVC this week 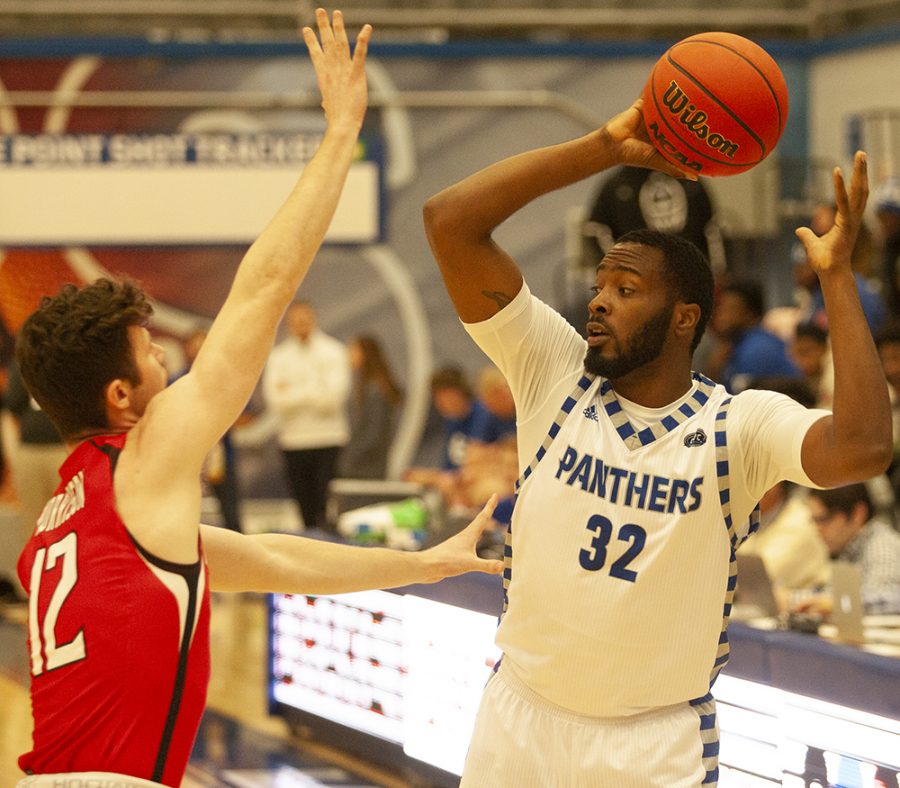 Forward JaQualis Matlock looks to pass the ball in Eastern’s 61-59 win against Southeast Missouri on Jan. 25 at Lantz Arena.

Murray State and Austin Peay have yet to lose a conference game as they sit at the top two places in the OVC standings. Both are the Panthers opponents this week in two games on the road that are tough adversaries for a team that hasn’t won a conference game on the road.

Murray State lost their star player in Ja Morant when he left for the NBA Draft, but was still predicted in the preseason polls to win the conference. Murray State is 15-5 overall with an 8-0 conference record this season. In conference play the Racers outscored their opponents 11.5 points per game.

The Racers are 10-0 at home while riding a nine-game winning streak. The Racers have defeated Belmont, Tennessee- Martin, Southeast Missouri, and Tennessee State at home.

The Racers have four scorers that average in double figures in Tevin Brown, KJ Williams, Anthony Smith, and Jaiveon Eaves. Brown’s average of 18.3 points per game is fourth in the OVC.

Austin Peay is 14-7 overall with an 8-0 conference record. The Governors are 9-0 at home while riding an eight-game win streak including wins over Tennessee- Martin, Belmont, Tennessee Tech, Tennessee State, Southeast Missouri and Jacksonville State.

Austin Peay as a team leads the conference in offensive rebounds per game with an average of 11.8. The offensive rebounding Eastern’s game against Southeast Missouri could suggest this factor being a problem for the Panthers.

Co-OVC Newcomer of the week junior George Dixon leads the Panthers in scoring (12.8 points per game) and rebounds (8.8 per game). Dixon who is listed at 6’5 is second in the OVC in rebounds per game and has emerged as a two-way leader for the Panthers.

Eastern’s men’s basketball team will play on the road against Murray State on Thursday at 7 p.m.