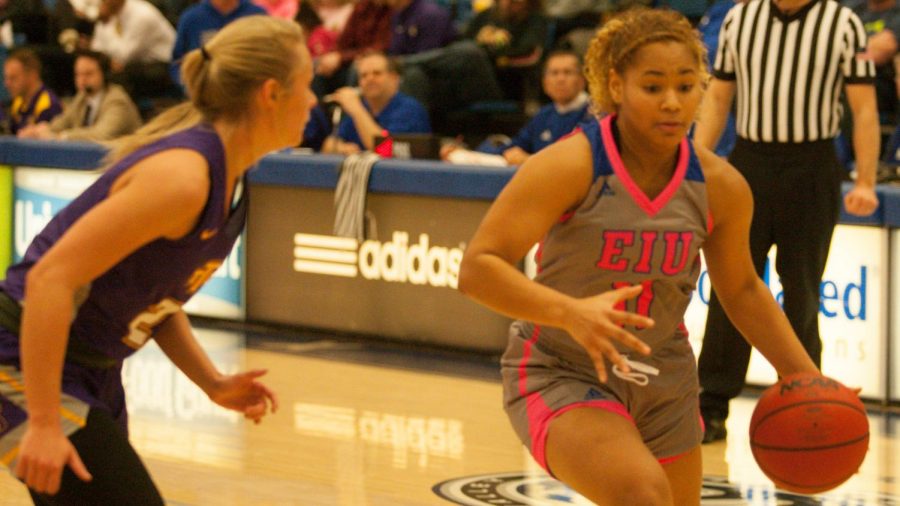 The Panthers were within five points with just over five minutes remaining in the game before the Golden Eagles pulled ahead. Tennessee Tech finished the game on a 12-4 run to hand Eastern its second conference loss on the season, in a game Eastern head coach Matt Bollant said felt a lot closer than 13 points.

“I just felt like they had a little run there in the fourth,” Bollant said. “If we could’ve got a couple more baskets to go, we could’ve been right there. I felt like we’d get the momentum going and then they had an answer.”

Junior Karle Pace and sophomore Abby Wahl led the Panthers with 18 points each. Pace continued her high-scoring start against the OVC and is now averaging 20.5 points per game in conference play.

Pace said that the fourth-quarter run for Tennessee Tech was the result of multiple factors.

“We just didn’t match up and we just didn’t guard,” Pace said. “We didn’t keep the ball in front, and then on offense we just couldn’t buy a bucket.”

The Panthers shot 27.8 percent in the final quarter after shooting 52.7 percent in the first three. Tennessee Tech shot 50 percent from the field in the fourth but made all nine of their free throw attempts to help extend its lead.

The Golden Eagles shot 75 percent from three in the fourth quarter and went 10-19 from deep in the game.

“Credit to them, they hit shots,” Wahl said. “But that’s something we can work on for next time, just getting out on their shooters and really tightening up our defense.”

Another issue for the Panthers was scoring depth. Behind Pace and Wahl in scoring was freshman Lariah Washington with 14 points, but the next-highest scorer was Kira Arthofer with four points.

“We went from 18 to 14, and the next-highest was four,” Bollant said. “Today, to beat a really good team, you need not just three playing well. You need four, five or six playing well.”

Overall, Bollant said he was pleased with the Panthers’ effort in the game.

“Proud of our team, disappointed in the end result,” he said.

Jennifer Nehls led the team with eight rebounds, including three offensive boards. Washington, in addition to her 14 points, added seven rebounds, an assist, a block and a steal.

The Panthers play at home for their next two games, beginning Jan. 23 against Tennessee-Martin (10-7, 6-0 OVC) and Jan. 25 against Southeast Missouri (12-5, 4-2 OVC) in what should be a challenging weekend for Eastern.